Greece - Athens - Tourists at the ancient Temple of Hephaistos

Tourists at the Temple of Hephaistos or also known as Hephaestus, or the Hephaisteion or earlier as the Theseion, is the best-preserved ancient Greek temple; it remains standing largely as built. Construction started in 449 BC. It is a Doric peripteral temple, and is located at the north-west side of the Agora of Athens, on top of the Agoraios Kolonos hill. From the 7th century until 1834, it served as the Greek Orthodox church of St. George Akamates. Beautifully carved marble columns rise in order and perspective on all four sides of this great monument to Greek architecture. Athens is the capital and largest city of Greece. It dominates the Attica periphery and is one of the world's oldest cities, as its recorded history spans around 3,400 years. Classical Athens was a powerful city-state. A centre for the arts, learning and philosophy. 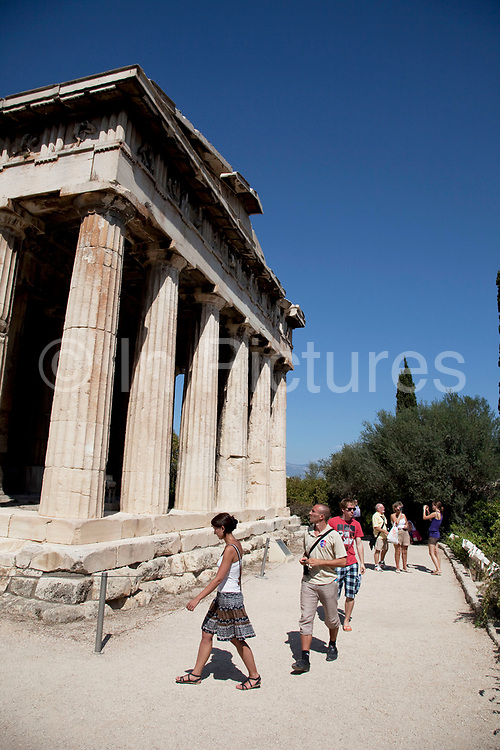