From the rear seat of a 'Red Arrows' Hawk of Britain's Royal Air Force aerobatic team during an In-Season Practice (ISP) training flight near their base at RAF Scampton. Through the explosive Plexiglass canopy, we look towards the Lincolnshire countryside from an altitude of a few thousand feet. This is the view from the leader’s jet during an In-Season Practice (ISP) training flight. Waiting for the other eight members of the team to re-form as an airborne squadron, they fly in front of a local crowd at the airfield. The team work their way through a 25-minute series of display manoeuvres that are loved by thousands at summer air shows. After some time off, spare days like this are used to hone their aerobatic and piloting skills before re-joining the air show circuit. Since 1965 they've flown over 4,000 shows in 52 countries. 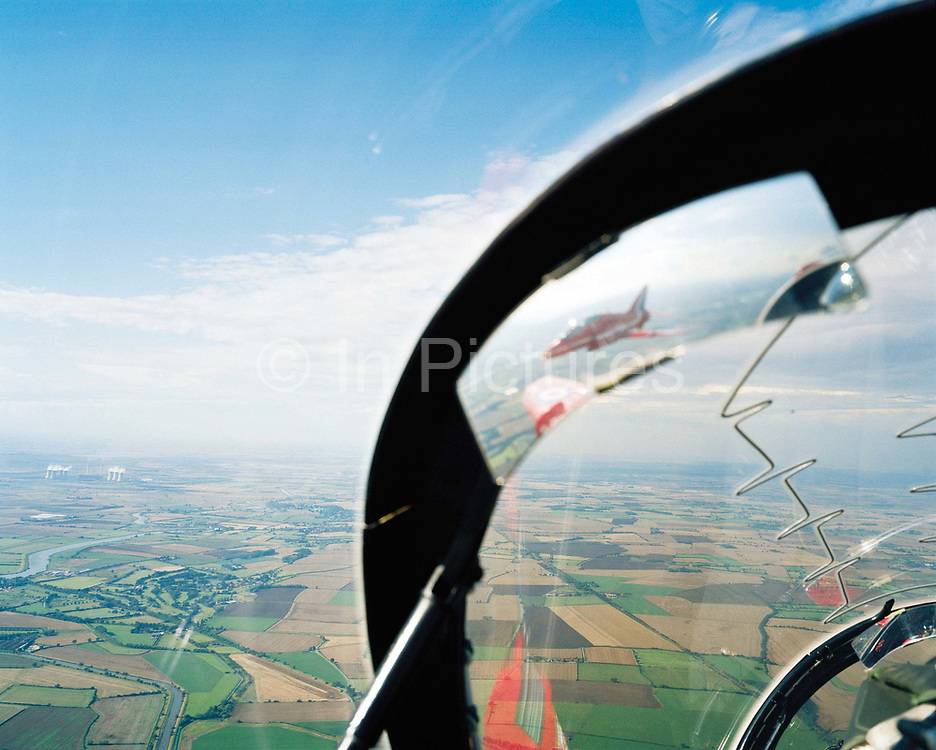