Two chefs carve roast duck in the traditional manner in the main dining room, slicing the breast meat into thin slices, each with a small pieve of the savoured fat. Quanjude roast duck restaurant in Wangfujing, Beijing. This is a Chinese restaurant known for its trademark Peking Roast Duck and is known for being the best roast duck restaurant in China. Quanjude was established in 1864 during the Qing Dynasty under the reign of the Tongzhi Emperor. Although Peking Duck can trace its history many centuries back, Quanjude's heritage of roast duck preparation - using open ovens and non-smoky hardwood fuel such as Chinese date, peach, or pear to add a subtle fruity flavor with a golden crisp to the skin, was originally reserved for the imperial families. 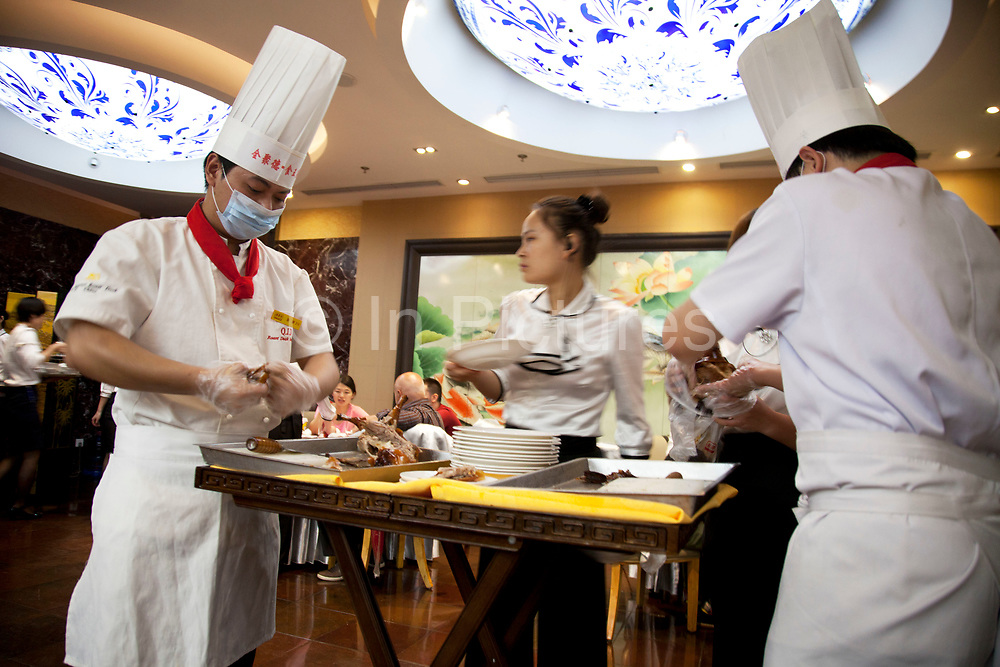