A young man washes the family Ford Anglia car on an Essex estate in the early nineteen sixties. Bending down to wring a leather dry into a bucket the young man cleans his father's beloved Anglia in the street outside the family house which interestingly, is otherwise empty of other cars. This is the new age of car ownership when newfound wealth meant families could afford to buy a vehicle and travel elsewhere after the war years of 1950s austerity. The Ford Anglia is a British car designed and manufactured by Ford in the United Kingdom. The Ford Anglia name was applied to four models of car between 1939 and 1967. 1,594,486 Anglias were produced. The picture was recorded on Kodachrome (Kodak) film in about 1961. 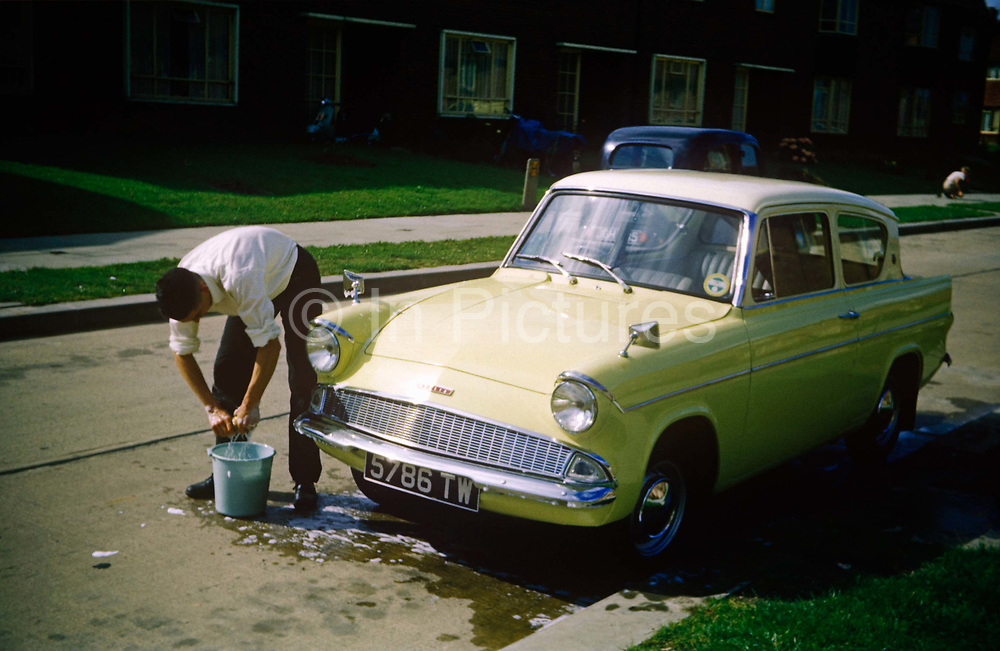