The People’s Vote March For The Future on 20th October 2018 in London, United Kingdom. More than 100,000 people marched on Parliament to demand their democratic voice to be heard in a landmark demonstration billed as the most important protest of a generation. As the date of the UK’s Brexit from the European Union is ever closer, the protesters gathered in their tens of thousands to make political leaders take notice and to give the British public a vote on the final Brexit deal. 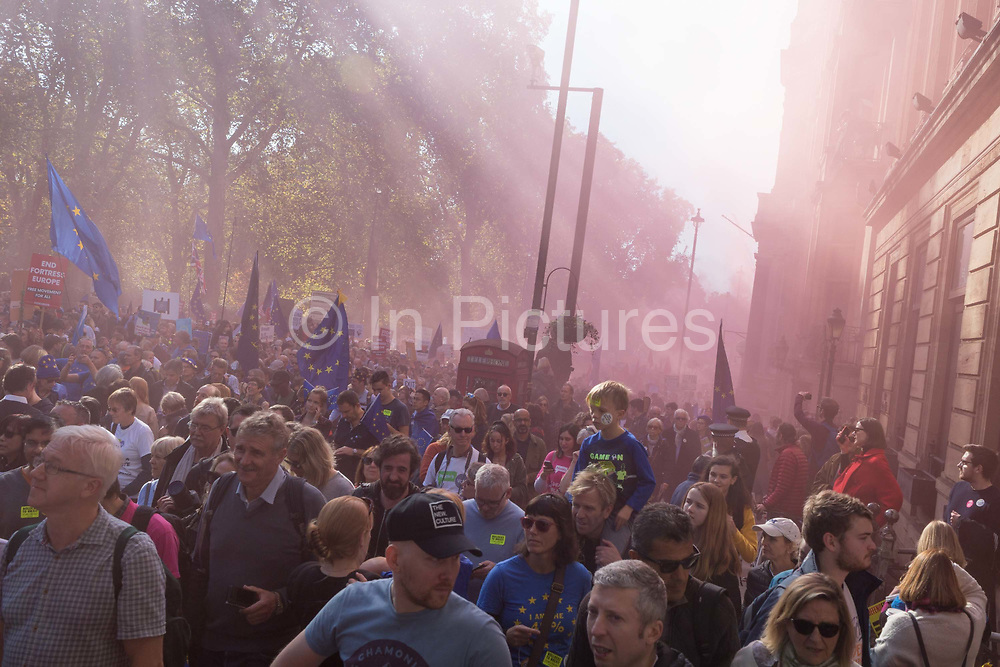