Pro Brexit anti European Union Leave protesters demonstrating in Westminster on what, prior to another Brexit Day extension, would have been the day the UK was scheduled to leave the EU, and instead political parties commence campaigning for a General Election, and leader of the house John Bercow stood down on 31st October 2019 in London, England, United Kingdom. Brexit is the scheduled withdrawal of the United Kingdom from the European Union. Following a June 2016 referendum, in which 51.9% of participating voters voted to leave. 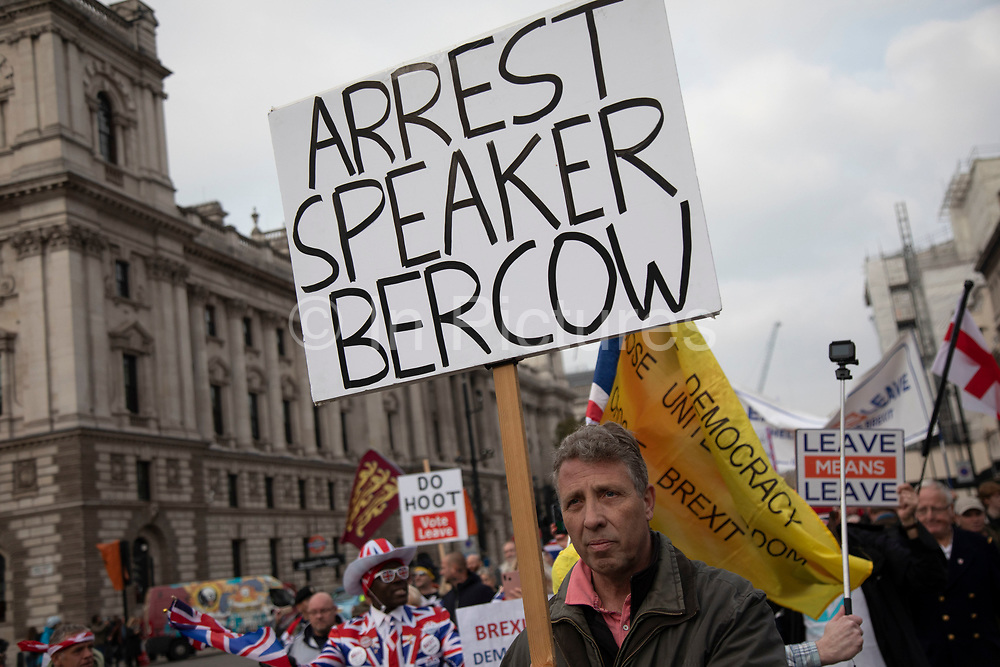