Livis, leaning against a tree at his neighbour Jocelyn's home near Cham de Mars, Port au Prince. He is helping Jocelyn to rescue his belongings. Livis was not affected directly, he did not lose any family himself, but his experiences were similar to those of many Haitians living in central Port Au Prince. He is a Winnie the Pooh fan and reads it to his five children. He says, "If you're excited what is the point? You have no choice but to be calm. Captured in my mind are the scenes immediately after the earthquake: the collapsed buildings, the dead bodies and worst of all the cries for help from those under the debris. The cries that would go unanswered until eventually they stopped. They cried but we couldn't help" 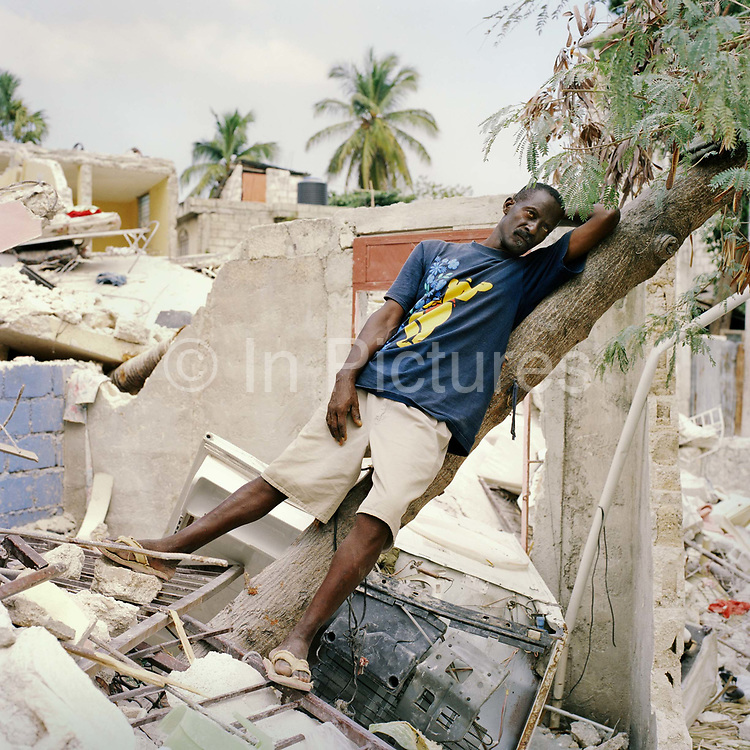