A newly-recruited Nepali boy stares through the window of a Nepal Airlines airliner during his flight from his Himalayan homeland to the UK where his 2-year training for the British Army will begin, on 16th January 1997, in Kathmandu, Nepal. He is leaving behind his family for England where the British army is to make him a fully-trained soldier in the Gurkha Regiment. Some 60,000 young Nepalese boys aged between 17 - 22 or 25 for those educated enough to become clerks or communications specialists report to designated recruiting stations in the hills each November, most living from altitudes ranging from 4,000 - 12,000 feet. After initial selection, 7,000 are accepted for further tests from which 700 are sent down here to Pokhara in the shadow of the Himalayas. Only 160 of the best boys succeed in the flight to the UK. The Gurkhas training wing in Nepal has been supplying youth for the British army since the Indian Mutiny of 1857. 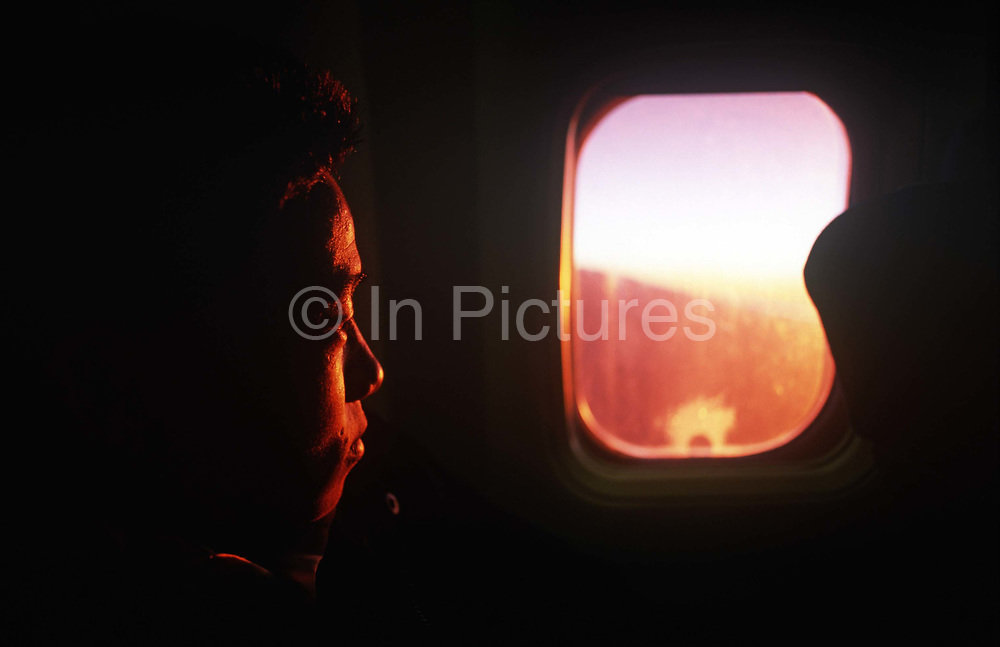