Mauritania-The Wind and the City

The librarian of the main Mosque in Chinguetti, Mauritania, reads from his Koran. Chinguetti, once one of Islam's holiest cities (today it is regarded as the seventh holiest city) it has been dated at a around seven hundred, (700) years old and is famed for it's Koranic libraries and distinctive mosque, Mauritania. The mosque is of a very ancient design and one that predates the later Arab minaret. From the story "The Wind and the City". 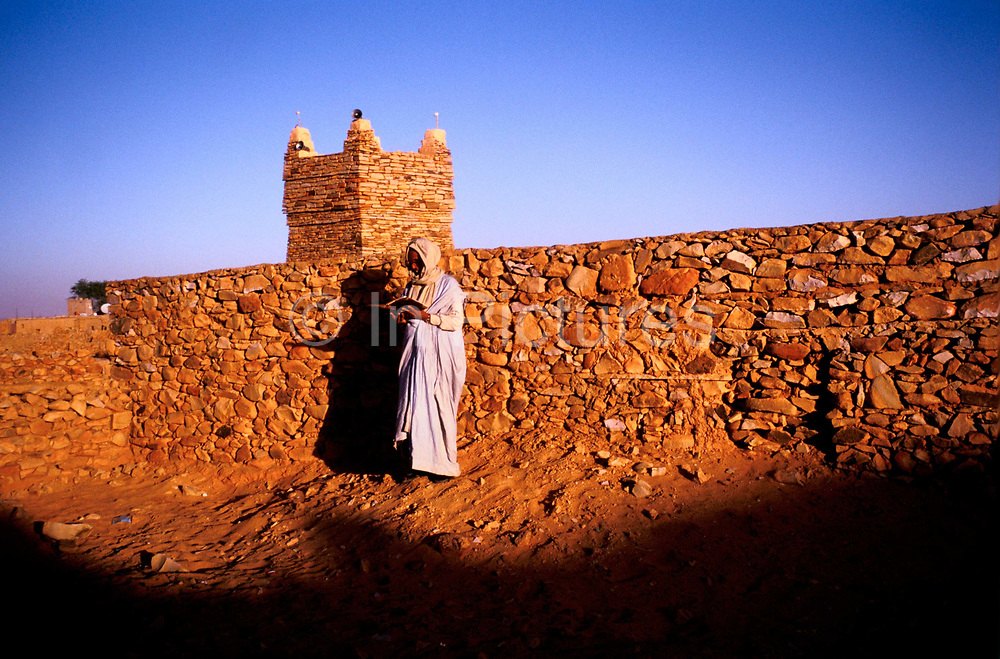