'Counting the Cost' is a memorial sculpture in glass designed by Renato Niemis which is outside at the American Air Museum at the Imperial War Museum, RAF Duxford, England. The sculpture comprises of 52 toughened clear float glass panels, each etched with the outlines of 7,031 aircraft missing in action in operations flown by American air forces (Air Force and Navy Groups) from Britain during the Second World War. The images are scaled at 1:240, diagonally pointing towards the blue summer sky once filled with bombers and fighters during the air campaign over Germany and France. Picture from the 'Plane Pictures' project, a celebration of aviation aesthetics and flying culture, 100 years after the Wright brothers first 12 seconds/120 feet powered flight at Kitty Hawk,1903. 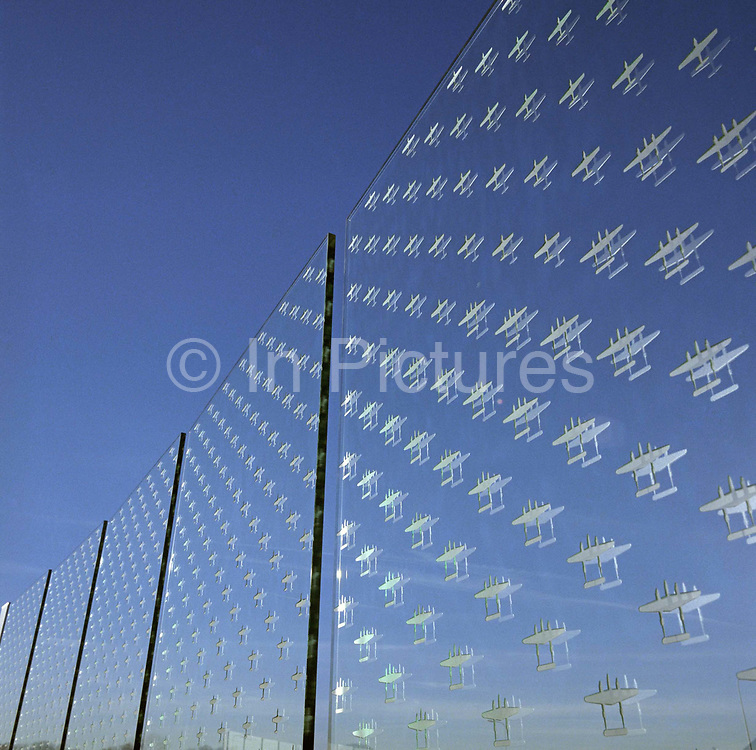