Seventeen officer cadets march in line wearing full dress uniform with their rifles on shoulders past guests and VIPs at their passing out parade in the Royal Military Academy Sandhurst. The recently-graduated soldiers march in a near-perfect line looking over their right shoulders towards their commanding officers and VIP guests which sometimes includes Her Majesty the Queen. We see every face clearly and notice their different heights and sizes. Sharp focus is centred on the smallest man in the parade. The Royal Military Academy Sandhurst (RMAS), commonly known simply as Sandhurst, is the British Army officer initial training centre. Sandhurst is prestigious and has had many famous alumni including Sir Winston Churchill, King Abdullah II of Jordan, Sultan Qaboos of Oman and, more recently, Prince Harry and Prince William. All British Army officers, and many from elsewhere in the world, are trained at Sandhurst. RMA Sandhurst was formed in 1947, from a merger of the Royal Military Academy in Woolwich (which trained officers for the Royal Artillery and Royal Engineers from 1741 to 1939) and the Royal Military College at Sandhurst. 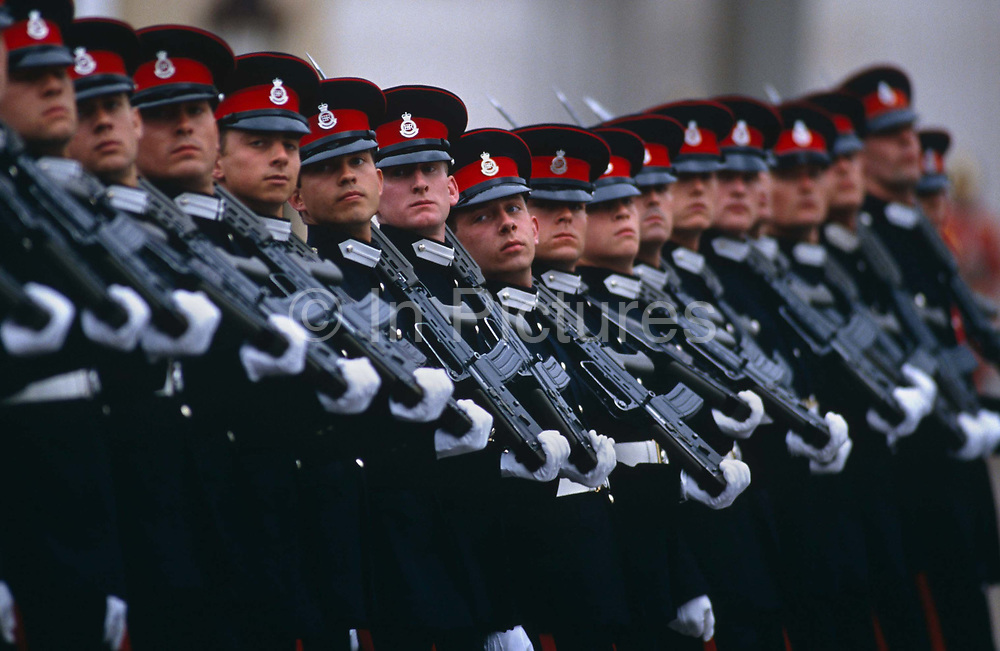