Cyclists protesting about another death nearby lie at Camberwell Green in the south London borough of Lambeth. On 28th May, NHS Physiotherapist Esther Silverhart was killed by a left-turning lorry, 100m from this location. Esther was the 6th cycling casualty this year, the 5th woman to die and all those incidents involving heavy lorries. Supporters of the action group Stop Killing Cyclists organsided the die-in, stopping traffic at this major road junction. 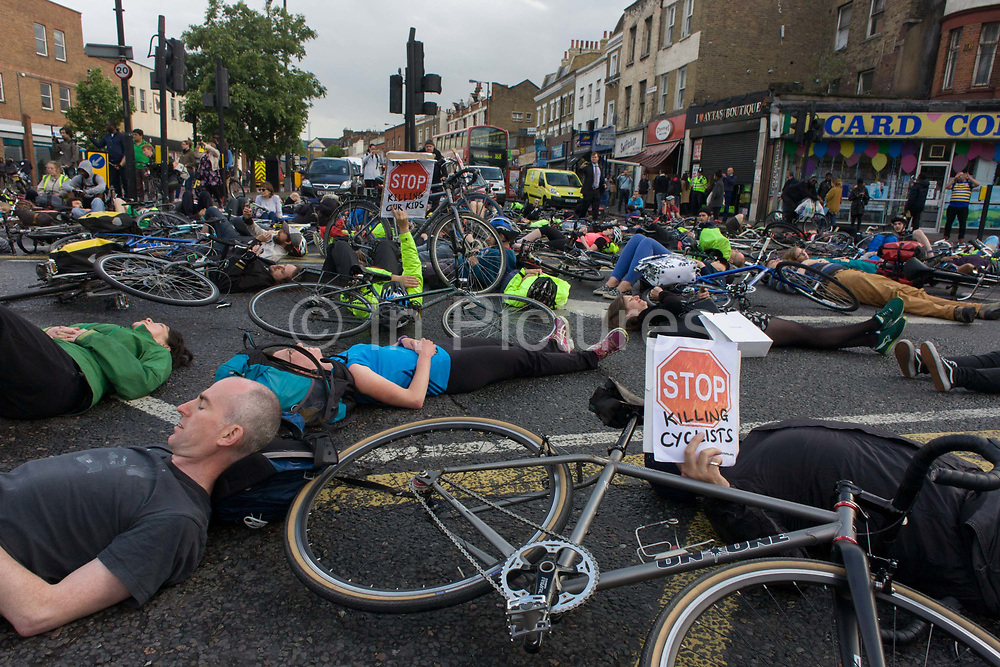