Olusosum dump site, Lagos. Goverment run by the agency Lagos Waste Management Authority ( LAWMA ). One of 6 sites taking in general waste from all over Lagos. E-waste is not allowed on site, but some does appear from the gerneral waste collected all over Lagos. People, are making a living out of shifting through the rubbish and selling their collections for recycling.Some of the scavengers live on site, too poor to pay for accommodation any where else. This picture is part of an undercover investigation by Greenpeace and Sky News. A TV-set originally delivered to a municipality-run collecting point in UK for discarded electronic products was tracked and monitored by Greenpeace using a combination of GPS, GSM, and an onboard radiofrequency transmitter placed inside the TV-set. The TV arrived in Lagos in container no 4629416 and was found in Alaba International Market and bought back by Greenpeace activist. The TV was subsequently brought back to England and used as proof of illegal export of electronic waste. A number of individual are currently on trial in London in connection with illegal exports(Nov 2011) 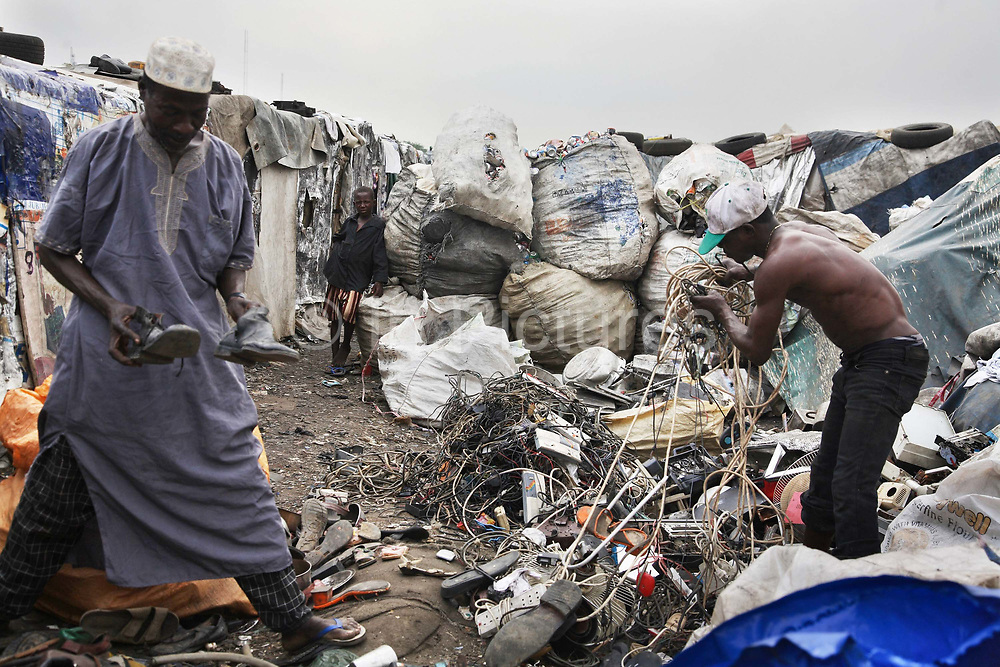