A severed hand on the floor of the community centre. Stoke Newington Zombie-a-thon. Hundreds of people joined together in protest in North London to demonstrate against the planned opening of a large Sainsbury's supermarket. Dressed up as zombies the protesters were making the point that they should keep local shops in the area and not have the high street ruined by large chains. The action by Stokey Local says: "In Stoke Newington, even the dead are rising up to say 'no' to a proposed Sainsbury's development." Walking slowly as if in a zombie film the march culminated in passing a Sainsbury's Local supermarket on the High Street. In the middle of June it was announced that a development is being planned for Wilmer Place, just beside Abney Park Cemetery on the corner of Church Street and the High Street – right in the heart of Stoke Newington. The proposed development comprises a large Sainsbury's supermarket and 44 homes and has significant implications for the diversity of the local economy, local employment, transport & traffic, noise and safety and local heritage. 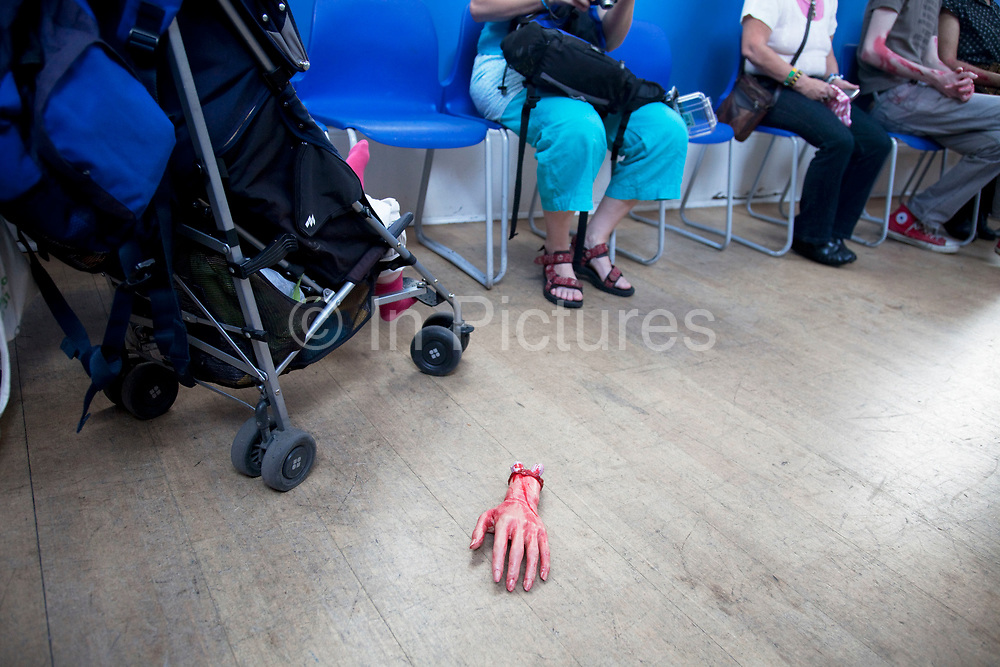