Theresa May as a robber in a mask at the Brexit Betrayal March - Brexit Means Exit! organised by the UK Independence Party, described as a ‘cross-party peoples rally to show our MPs that the 17.4 million who voted to leave the EU really meant what we said’ on Brexit on 9th December 2018 in London, United Kingdom. The demonstration opposes Theresa Mays Withdrawal Agreement’ however is being seen by counter protesters as racist following the appointment by UKIP of the far-right campaigner Tommy Robinson. 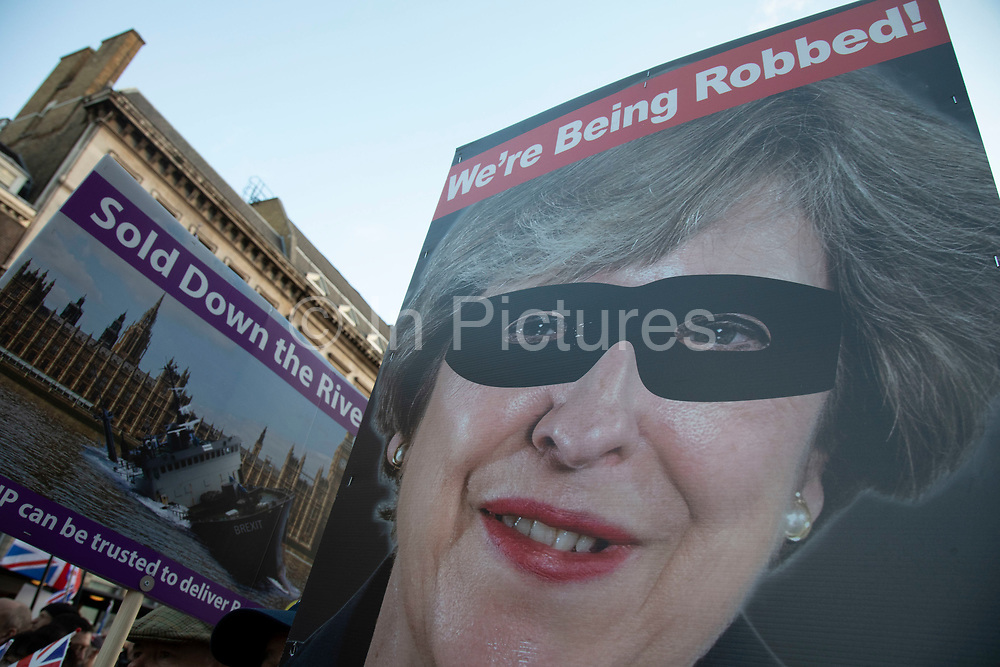