Live BBC News broadcasts a breakdown of College votes results the morning after Barack Obama's historic victory in the 2008 Presidential election. The TV screens are in he audio and electronics floor of the John Lewis department store in Oxford Street, London, England. A newly-elected Barack Obama is seen speaking to his party faithful at the rally in Chicago, and his face is large on the many home cinema screens seen across the world's media after this historic political election which saw the election of America's first black Commander in chief. A shopper stops to watch the lunchtime news programme as Obama speaks with passion about the changes he promises to bring to America while the rest of the world looks on hoping for new political directions. 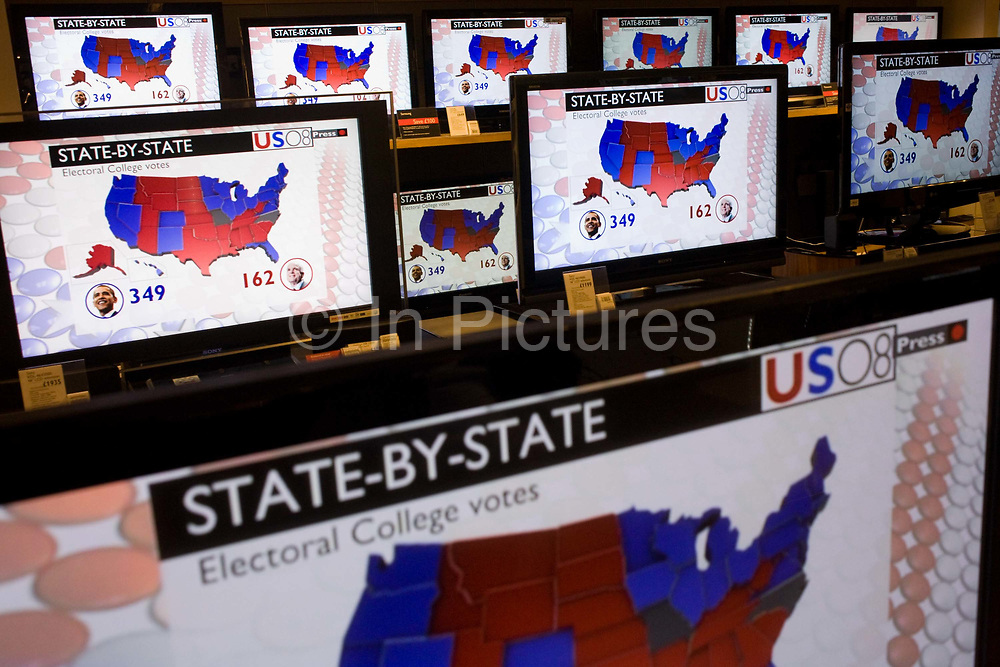