A special effects model maker artist works on a clay head of actor Pierce Brosnan in his role as James Bond in the 1996 film GoldenEye, filmed at an old Rolls-Royce factory at the Leavesden Aerodrome in Hertfordshire. Using publicity and studio head shots of Brosnan, the woman refers to the glossy prints to sculpt the contours and shape for a scene requiring a miniature version of 007. GoldenEye (1995) is the seventeenth spy film in the James Bond series, and the first to star Pierce Brosnan as the fictional MI6 agent James Bond. The film was directed by Martin Campbell and is the first film in the series not to take story elements from the works of novelist Ian Fleming. 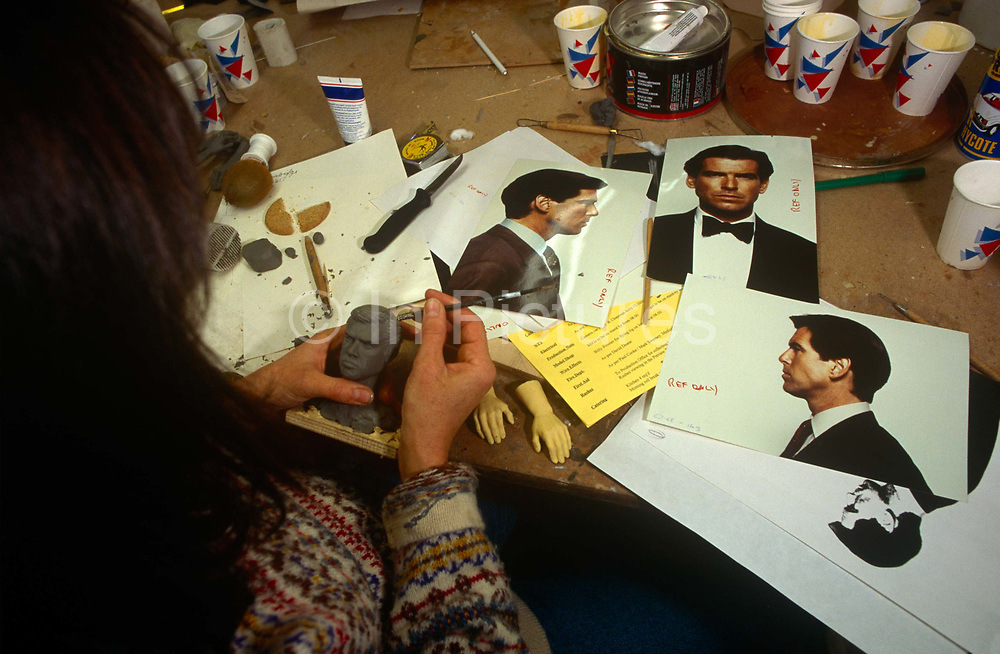