The Sir Christopher, an SR.N4 Hovercraft arriving at Ramsgate from the French coast. The SR.N4 (Saunders-Roe Nautical 4) hovercraft was a large passenger and vehicle carrying hovercraft built by the British Hovercraft Corporation (BHC). Work on the SR.N4 began in 1965 and the first trials took place in early 1968. The SR.N4 was the largest hovercraft built to that date, designed to carry 254 passengers in two cabins besides a two-lane automobile bay which held up to 30 cars. Cars were driven from a bow ramp just forward of the cockpit / wheelhouse. The SR.N4's operated services across the English Channel between 1968 and 2000, when the Channel Tunnel made their service unprofitable. 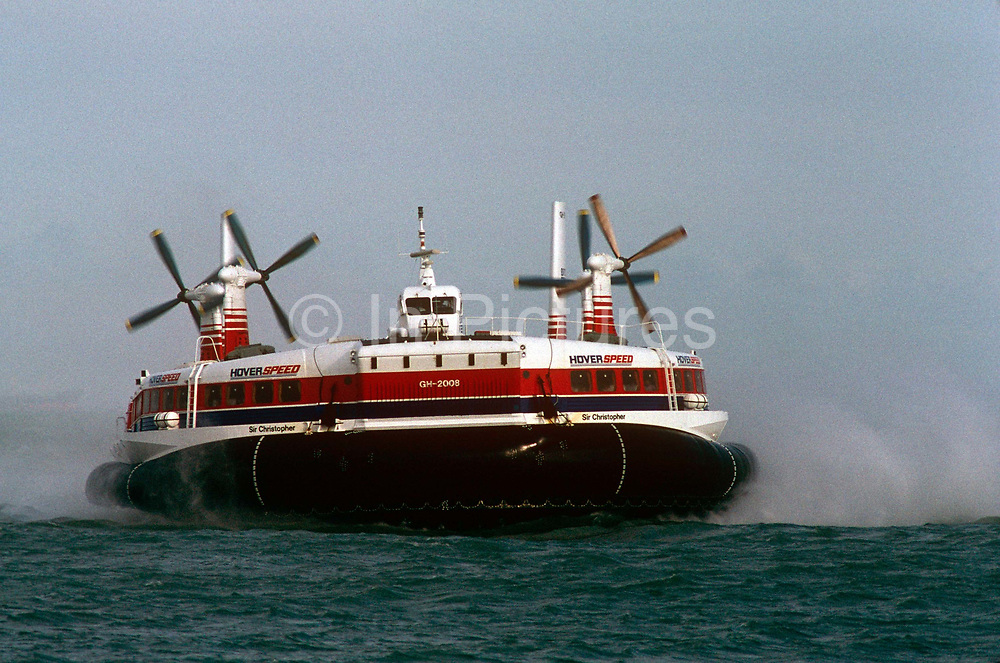