An old Polish-manufactured Ursus tractor parked in a farmyard in morning sunlight, on 22nd September 2019, in Jaworki, near Szczawnica, Malopolska, Poland. The Ursus Factory was founded in Poland in 1893 and began producing exhaust engines and then later trucks and metal fittings intended for the Russian Tsar. During the 1930s, the factory manufactured military tractors, tanks and other heavy machinery for troops. During World War II, PZInz was relocated to Germany by the Germans and the remains were destroyed but after the war production continued and URSUS Sp.z o.o. built models based on old Massey-Ferguson and common designs of Ursus and Zetor. 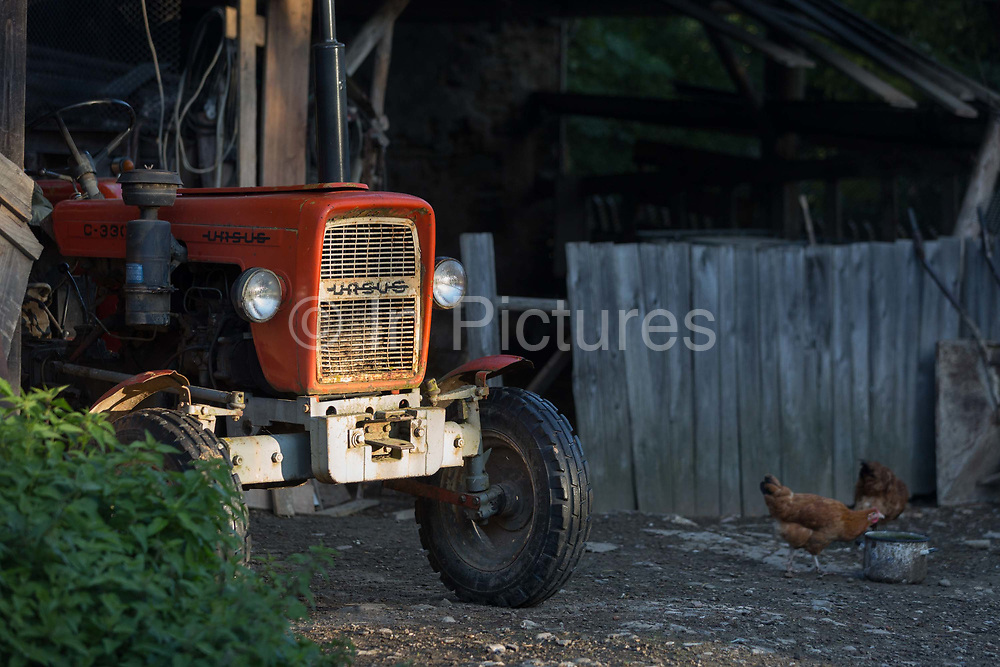