Among headstones and graves, two local children play in the unkempt cemetery attached to the Blaenau Baptist Church in the south Wales town of Abertillery (Welsh: Abertyleri). Along with their pet Labrador dog who enjoys joining in on the fun, the children are playing safely in the open-air of this Welsh community. Rows of terraced Victorian homes line the distant end of this ground and then clinging to far hill side and beyond. Its population rose steeply during the period of (now defunct) mining development in South Wales, being 10,846 in 1891 and 21,945 ten years later. Lying in the mountainous mining district of the former counties of Monmouthshire and Glamorganshire, in the valley of the Ebbw Fach. In 2003, Abertillery was found to have the cheapest house prices in the United Kingdom, according to a survey by the Halifax Building Society. 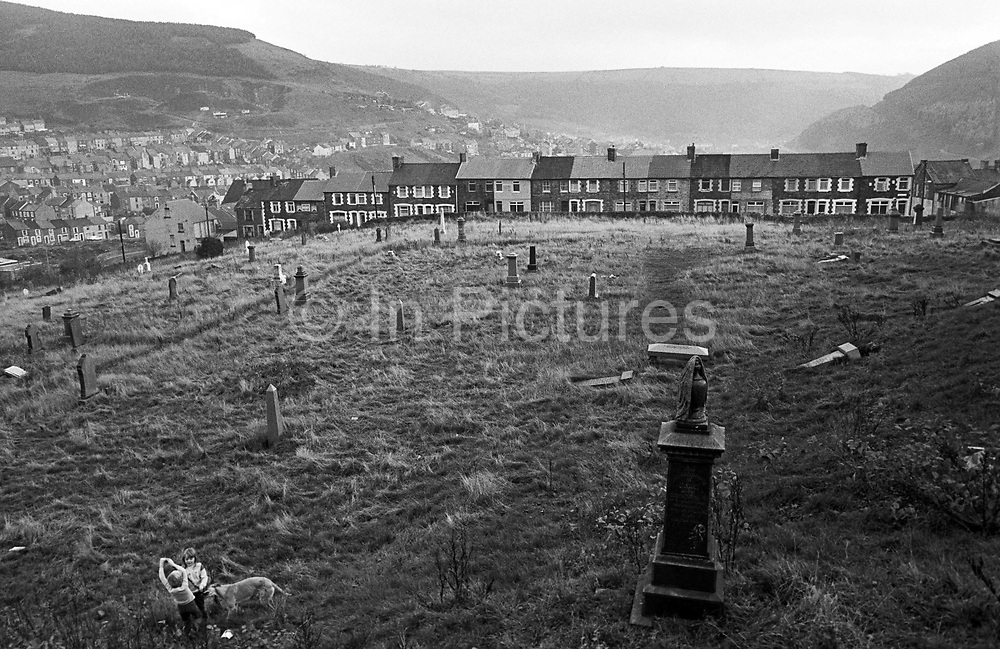