The Mekong river and Khone Pasoy waterfall, Si Phan Don, Champasak province, Lao PDR. Si Phan Don (four thousand islands) in southern Laos represents a hugely important ecological area of the Mekong river. Consisting of thousands of island set steadfast in the course of the river it is home to communities that have for generations lived off this great waterway's ample resources. It is also home to the globally vulnerable Irrawaddy river dolphin.

In its quest to become "the battery of Southeast Asia" the Lao government hopes to begin construction of the controversial Don Sahong dam in early 2016. 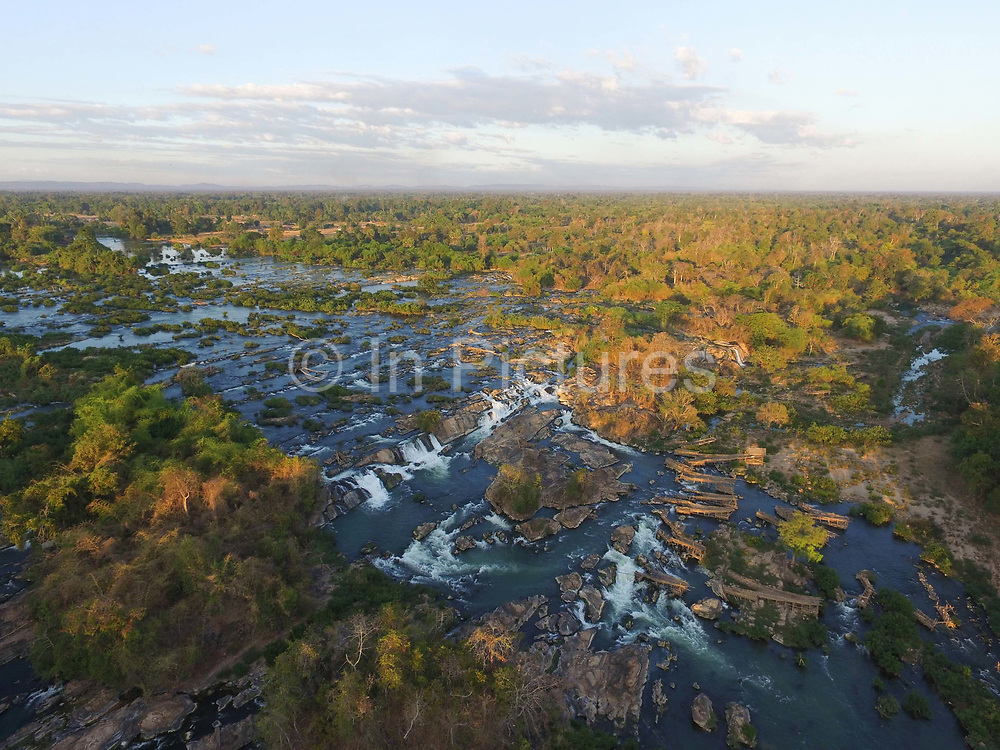