Chinese families shop in a street market in the former Portuguese enclave of Macau, now in China. The narrow street is filled with humanity and stalls selling meat and almost everything else a family would want to buy. A father carries his child with the mother following behind in this district of Macau which is the most densely populated region in the world, with a population density of 20,497 persons per square kilometre in 2013. 95% of Macau's population is Chinese; another 2% is of Portuguese and/or mixed Chinese/Portuguese descent, an ethnic group often referred to as Macanese. 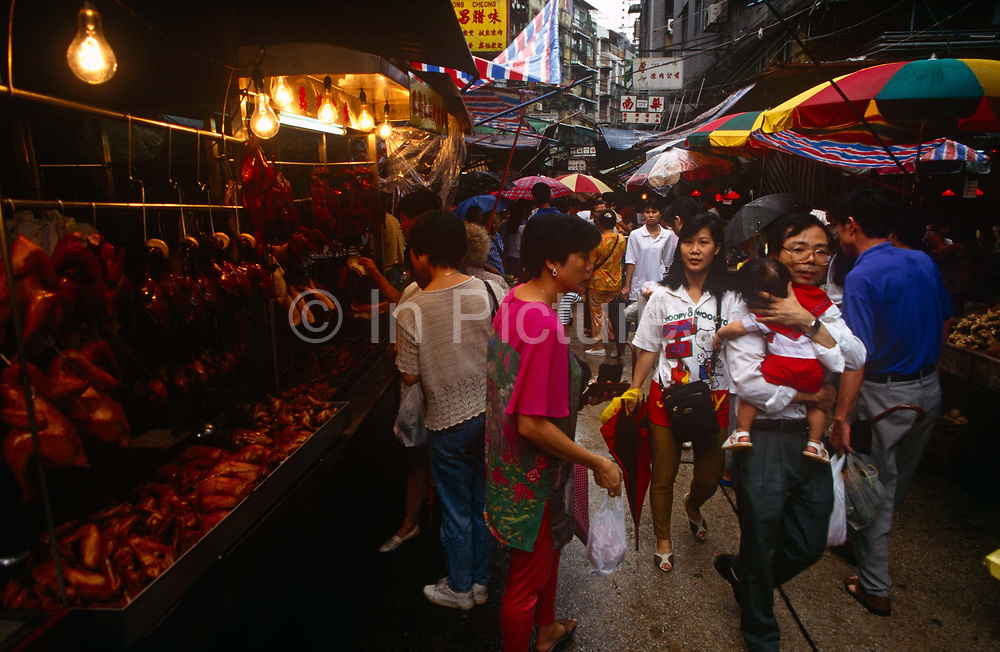