Team of workmen wearing orange high-viz overalls on a construction site work at laying the new track foundations for the update to the Midland Metro tram public transport system in the city centre along Corporation Street on 3rd August 2021 in Birmingham, United Kingdom. The original tracks are being pulled up and relaid, while a new line is also under construction and due to open later in the year. The Midland Metro is a light-rail tram line in the county of West Midlands, England, operating between the cities of Birmingham and Wolverhampton via the towns of West Bromwich and Wednesbury. The line operates on streets in urban areas, and reopened conventional rail tracks that link the towns and cities. The owners are Transport for West Midlands with operation by National Express Midland Metro, a subsidiary of National Express. TfWM itself will operate the service from October 2018. 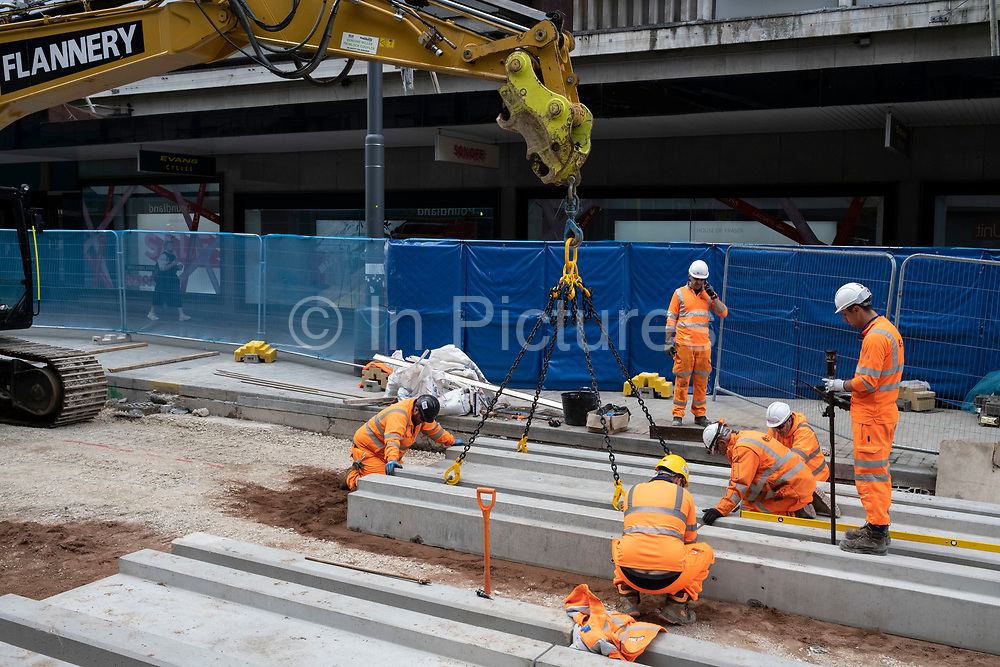