The bedroom of a young married Yao man and Yi woman in Xin Shan (Yao) village, Yunnan province, China. Until recently it was uncommon for a couple from different ethnic minority groups to get married. The People's Republic of China recognises 55 ethnic minority groups in China in addition to the Han majority. The ethnic minorities form 9.44% of mainland China and Taiwan's total population and the greatest number can be found in Yunnan Province, 34% (25 ethnic groups). 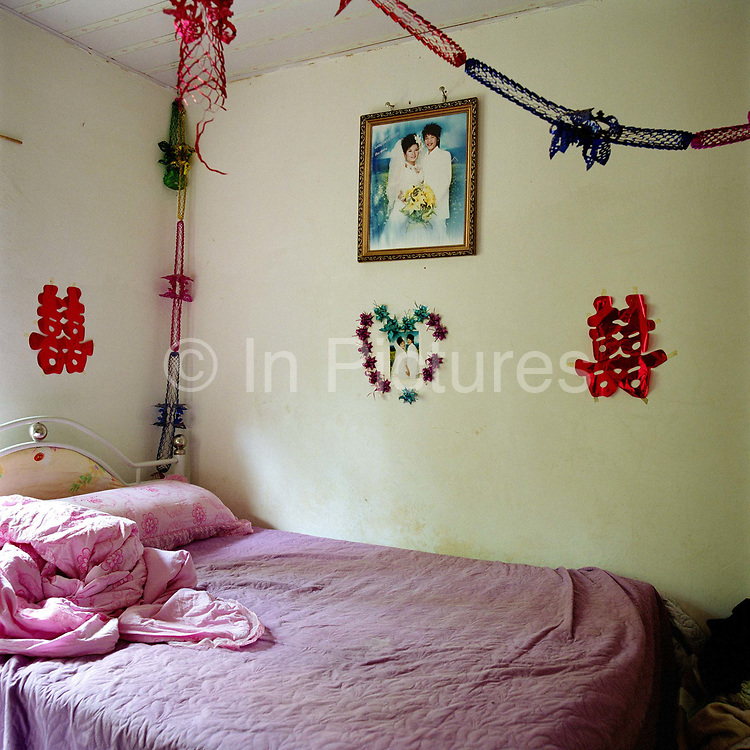