Ricardo Simeone, centre, from Ferret, Port Au Prince queues outside Muncheez restaurant to get a hot meal. Ricardo was trying to get out of the house as the earthquake hit but was not quick enough. The house fell on him, he lost the tip of his fingers but he hasn't lost anybody. He is homeless, however and camping in Saint Pierre, and very pleased to be getting a daily meal at Muncheez. He queues every day for three or four hours. Gilbert Bailey, owner of Muncheez, who has been running the soup kitchen since the day after the earthquake was one of the few Haitians not to be directly affected and wants to give back. He feeds one thousand Haitians every day. He says, People can contribute directly themselves , search face book under "Muncheez Food Drive Haiti". 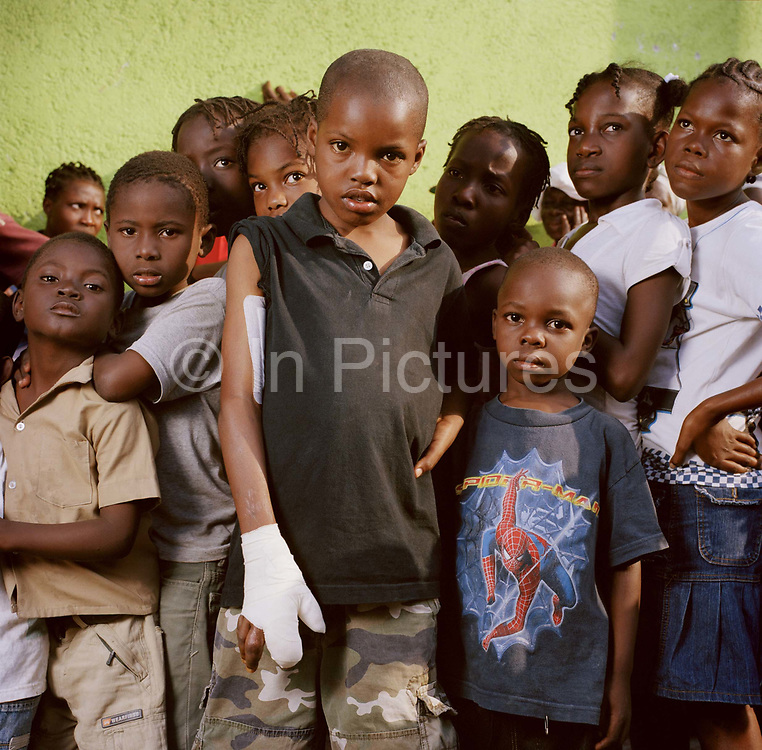