Chief of the Air Staff Sir Jock Stirrup pays visit to Red Arrows, Britain's Royal Air Force aerobatic team. Walking away from the red Hawk jet aircraft in which he has been flown in the rear seat, the VIP smiles after the exhilarating training flight. Carrying his flight helmet and wearing the full survival suit, he is here to see for himself what value for money the Red Arrows give to the UK. Their purpose is not simply to entertain summer seaside crowds but also as an RAF recruiting tool and for UK defence export advertising. Air Chief Marshal Sir Graham Eric Stirrup GCB, AFC, FRAeS, FCMI, RAF (born 4 December 1949), usually referred to as Sir Jock Stirrup, was a fast jet pilot, and is now a senior Royal Air Force commander. He was the Chief of the Air Staff (CAS) from 2003 to 2006 and Chief of the Defence Staff. 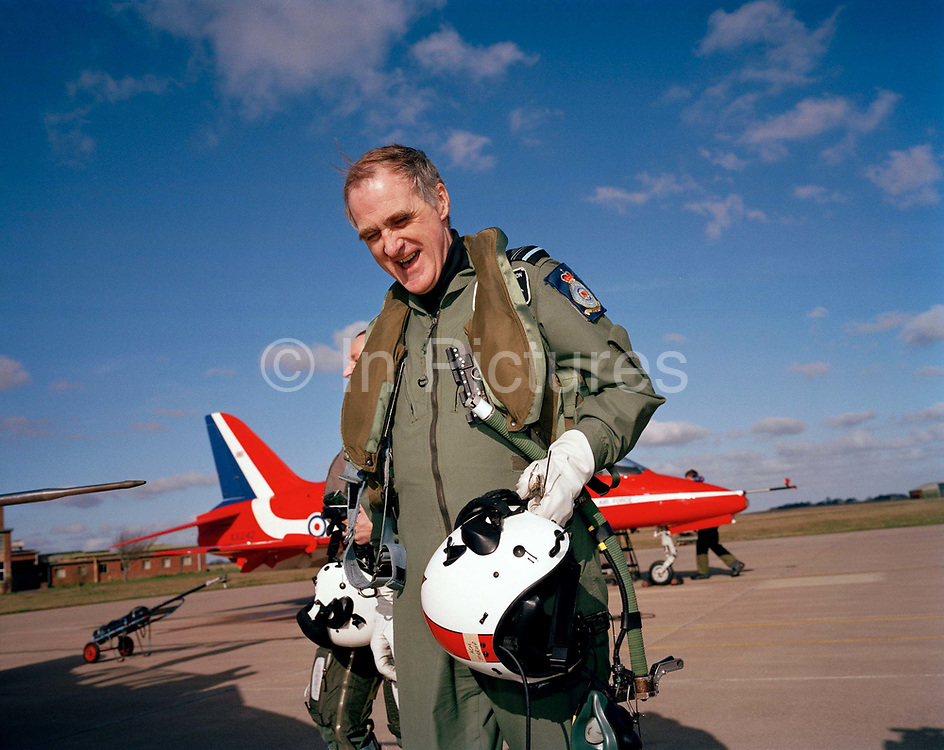