Thousands of Extinction Rebellion activists took over 5 bridges in Central London and blocked them for the day, November 17 2018, Central London, United Kingdom. People are encouraged to put a hand on each other and told that every action has an impact. A final vigil and multi-faith prayer service finished the day of rebellion in Parliament Square. Around 11am people on all bridges sat down in the road and blocked traffic from coming through and stayed till late afternoon. The actvists believe that the government is not doing enough to avoid catastrophic climate change and they demand the government take radical action to save future generations and the planet. Many are willing to be arrested peacefully protesting and up to 80 were arrested on the day. Extinction Rebellion is a grass root climate change group started in 2018 and has gained a huge following of people commited to peaceful protests and who ready to be arrested. Their major concern is that the world is facing catastropohic climate change and they want the British government to act now to save future generations. 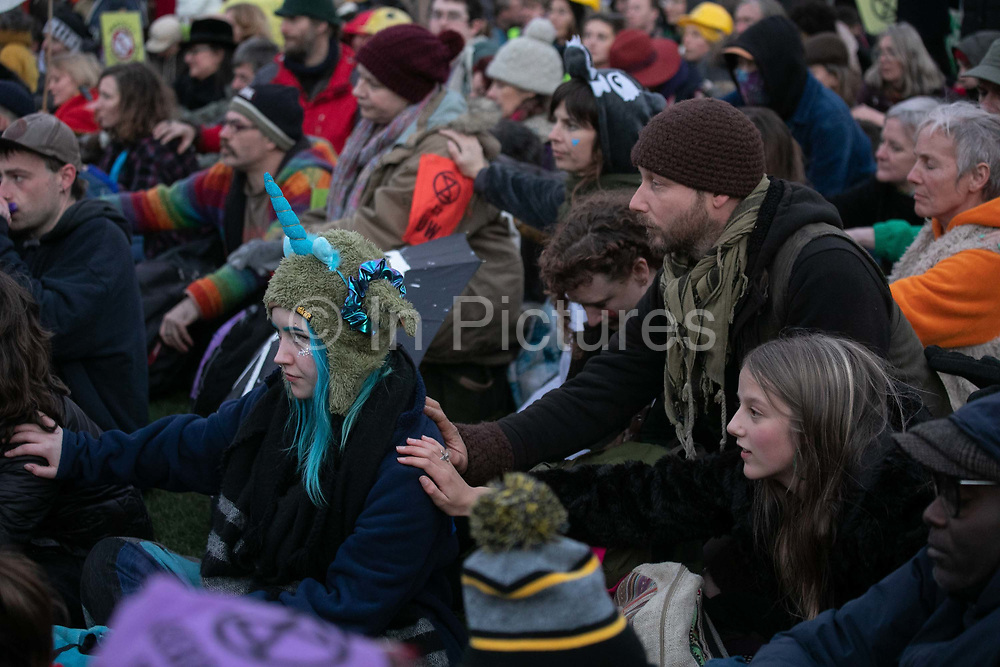