An ad poster with the actor Andile Gumbi as Simba in the Lion King is on the door of a central London telephone kiosk for the Disney production. The man in blue walking past is wearing his taxi driver's license badge around his neck and has perhaps taken a break from his job driving around the capital to pick up an Evening Standard newspaper and some sandwiches from the Pret a Manger food chain. The Lion King, the musical of the Disney cartoon has been running in London's West End since October 1999, breaking its own box office record, taking more than £34m during 2010 - £2m more than the previous year - and ending the year with its best ever week of ticket sales. Big musicals are so far defying the economic gloom, and theatre in general is proving surprisingly resilient. More than 800,000 saw this Disney musical cartoon in its 11th year in West End 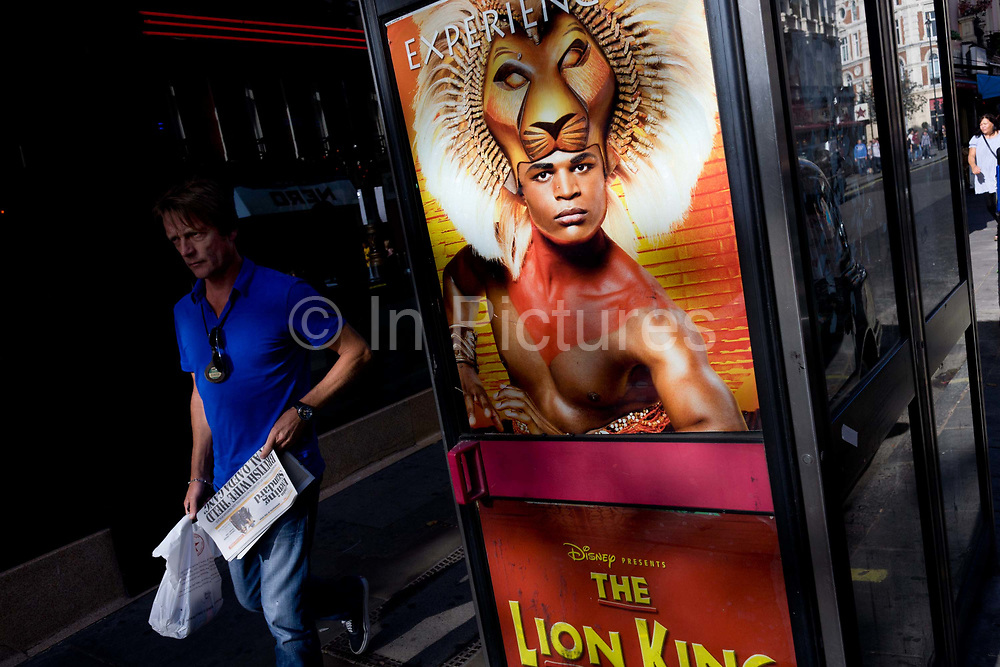