Remains of the stolen Barbara Hepworth sculpture Two Forms (1969) stolen from Dulwich Park where it was installed for 40 years. Dame Barbara Hepworth DBE (10 January 1903 – 20 May 1975) was an English sculptor. The sculpture which is insured for £500,000 is believed to have been stolen by scrap metal thieves who entered the unprotected park at night on Dec 19th 2011. The bronze piece, called Two Forms (Divided Circle), was cut from its plinth overnight, Trevor Moore of Dulwich Park Friends said. The price it could fetch as scrap metal would only be a tiny fraction of its value as a complete work. Southwark Council is offering a reward for the thieves' arrest and conviction. 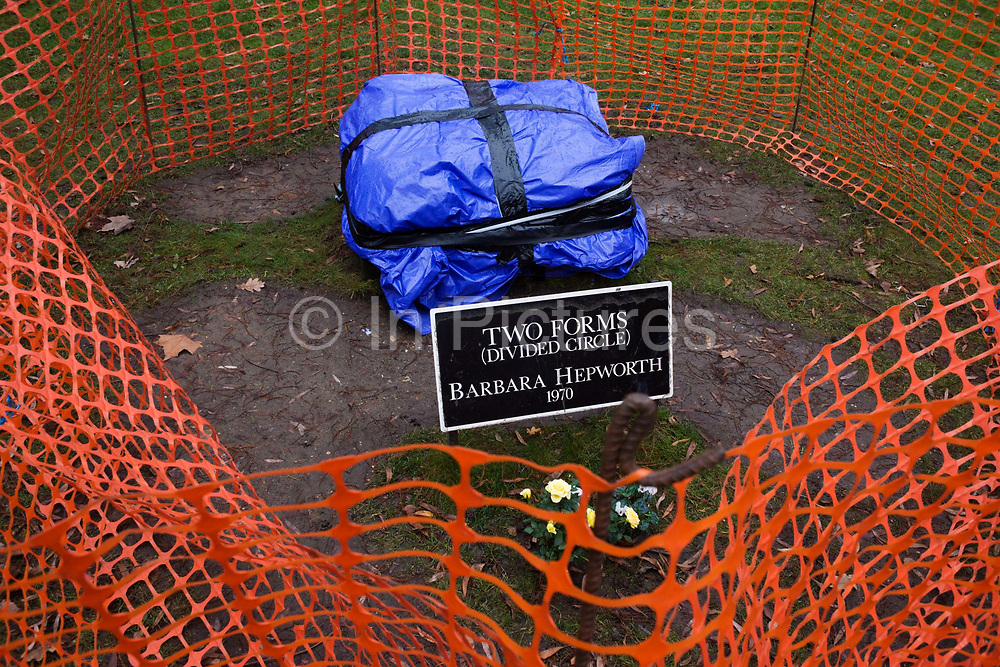