Kill the Bill demonstration in Central London against the proposed Police, Crime, Sentencing and Courts Bill on the 3rd April 2021, London, United Kingdom. Police forming a protective cordon around fellow officers arresting protesters. At one point the officers draw their battons threatening to strike protesters to make them step back. After the protest ended in Parliament Square police cleared the streets, arresting several in the process. Thousands turned out in London and across the UK to show their objection to the Governments proposed bill. Many fear the bill is meant to suppress acts of protesting and demonstrations. The police will be given greater powers to prevent and stop actions of civil disobedience and peaceful protests and many see this as a suppression of their civil liberties. Sentencing for acts of peaceful protest is also likely to be much harsher and that may also act as a deterrent to protest. 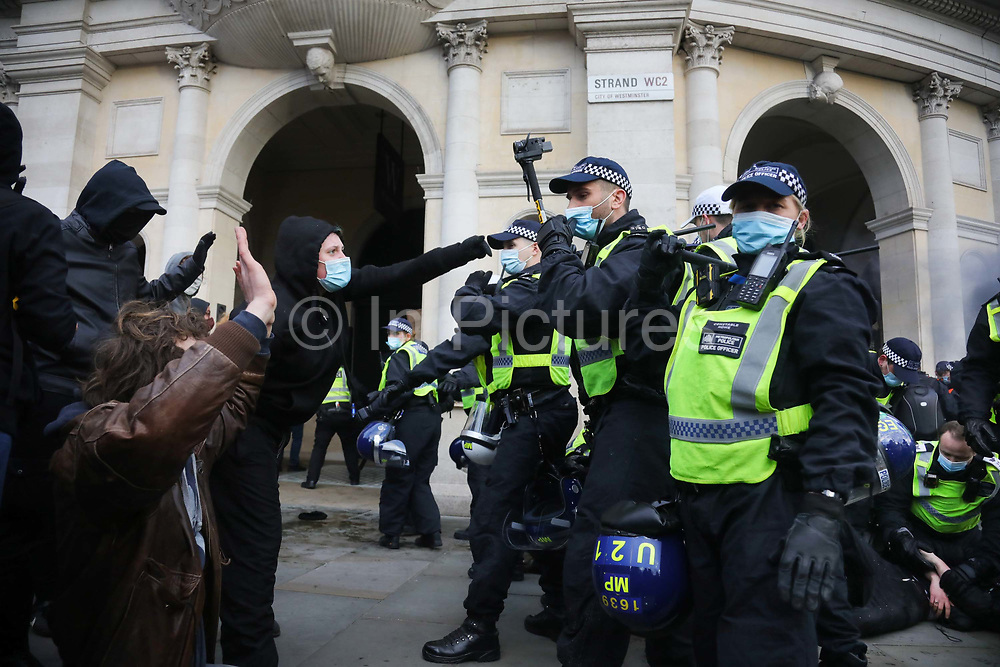