UK - London - Ship in a Bottle art on Fourth Plinth

With a confusing perspective and scale, a spectator photographs artist Yinka Shonibare's artwork called Nelson's Ship in a Bottle on the Fourth Plinth in London's in Trafalgar Square. The artwork features a 1:29 scale replica of Lord Nelson's original HMS Victory commemorating the Battle of Trafalgar in 1805, Shonibare said his version with its textile sails with African and batik prints reflects the multicultural and diverse capital. The 2.35m high ship inside a specially-made glass bottle, will be in place for 18 months. 37 large sails are made of patterns which are commonly associated with African dress and culture. The patterns also look back at the path of colonialism as the patterns were inspired by Indonesian batik design, which were mass produced by the Dutch and sold to the colonies in West Africa. The Fourth Plinth is in the north-west of the Square. 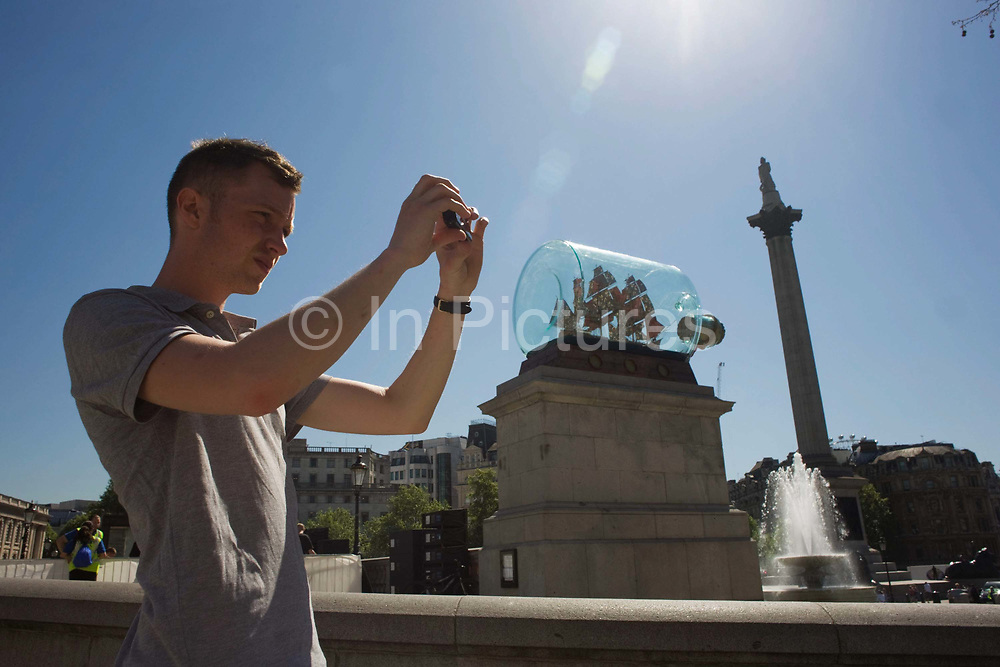