Working in a dark corner of Desford Brickworks, the factory owned by Hanson Brick in Leicestershire, a labourer pats his clay aggregate into a clod (also known as a clot or warp) a lump of kneaded clay formed into a rough brick shape by hand in preparation for being thrown into the mould (or mold) and shaped once again with a stock. He will then skim off the surplus with the bow - a wire stretched between the ends of a curved wooden rod used for removing excess clay from the mould, which hangs on the wall by a nail. The stage afterwards is the firing in the kiln. Obviously the mechanisation of brick making endangers the careers of skilled craftsmen like this man.
Bricks may be made from clay, shale, soft slate, calcium silicate, concrete, or shaped from quarried stone but Clay is the most common material. 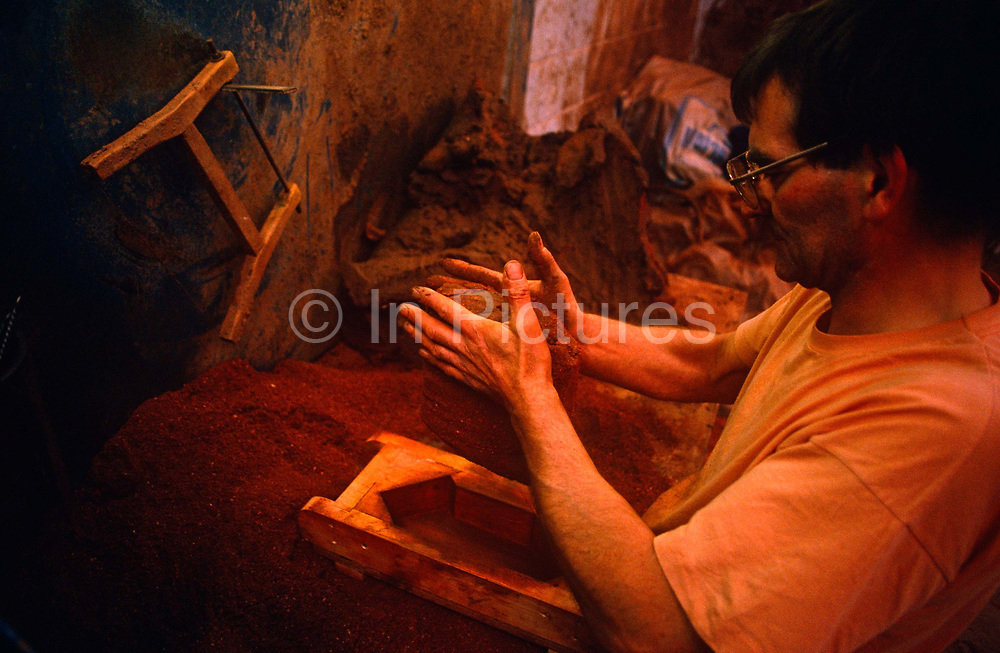