India - Kerala - Decortative columns in the Koothambalam at the Kerala Kalamandalam

Decortative columns in the Koothambalam (a traditional theatre hall) at the Kerala Kalamandalam
The Kalamandalam was founded in 1930 to preserve the cultural traditions of Kathakali, the stylised dance drama of Kerala. Kathakali is the classical dance-drama of Kerala, South India, which dates from the 17th century and is rooted in Hindu mythology. Kathakali is a unique combination of literature, music, painting, acting and dance performed by actors wearing extensive make up and elaborate costume who perform plays which retell in dance form stories from the Hindu epics. 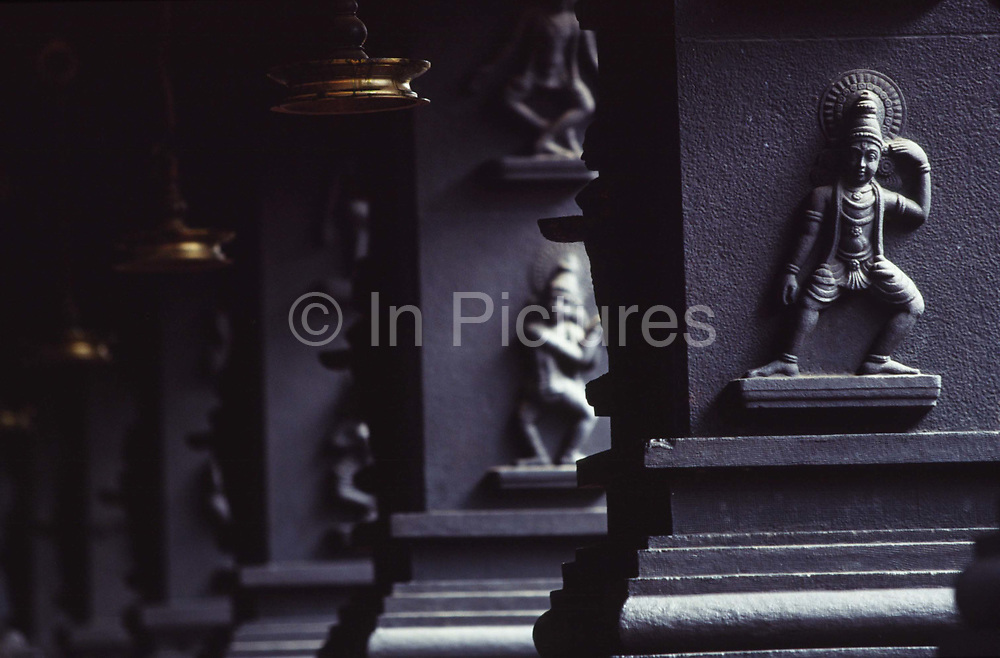