Royal Air Force (RAF) musicians play near full-size Spitfire replica at the 70th anniversary of WW2 Battle of Britain. This iconic fighter plane helped stop a full-scale Nazi invasion of the British Isles and crowds gathered along Horseguards in central London to hear the actor Robert Hardy deliver Winston Churchill's famous speech when he praised the young RAF pilots fend off the Nazi Luftwaffe, ahead of a full-scale invasion of the British Isles. The musicians consisting of Saxophone players entertain the people in the background before a fly-past above. 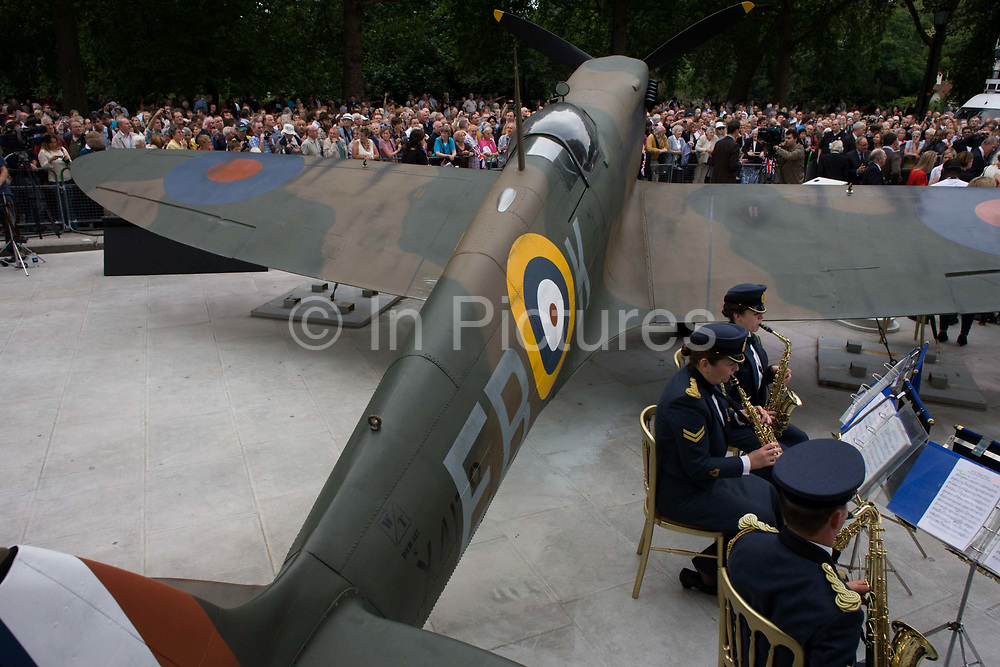