Glued on protesters has section 14 notice read to her by police before being arrested during Extinction Rebellion disruption outside City Airport on 10th October 2019 in London, England, United Kingdom. The protest is against the climate and pollution impact of the government’s plans for airport expansion which will potentially double the amount of flights coming from City Airport. Extinction Rebellion is a climate change group started in 2018 and has gained a huge following of people committed to peaceful protests. These protests are highlighting that the government is not doing enough to avoid catastrophic climate change and to demand the government take radical action to save the planet. 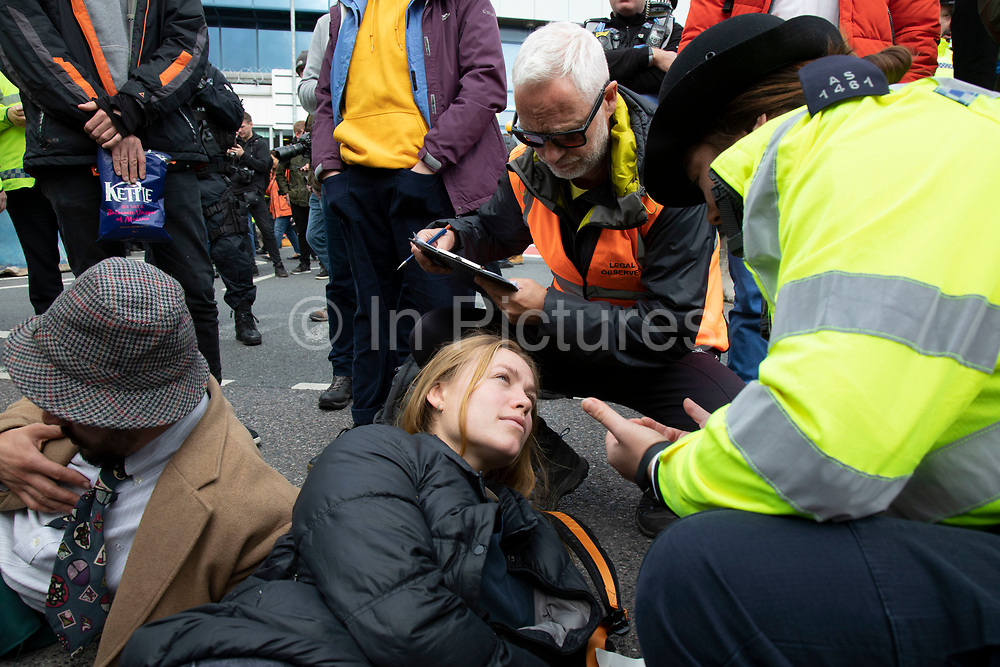