Two days after the Irish Republican Army IRA exploded a truck bomb on Bishopsgate, a main arterial road that travels north-south through Londons financial area, City of London engineering officials examine the huge crater left by the terrorist device, on 26th April 1993, in London, England. Debris is strewn around the hole with drainage and road material. It was said that Roman remains could be viewed at the bottom of the pit the bomb created. One person was killed when the one ton fertiliser bomb detonated directly outside the medieval St Ethelburgas church. Buildings up to 500 metres away were damaged, with one and a half million square feet 140,000 m² of office space being affected and over 500 tonnes of glass broken. Costs of repairing the damage was estimated at £350 million. It was possibly the IRAs most successful military tactic since the start of the Troubles. 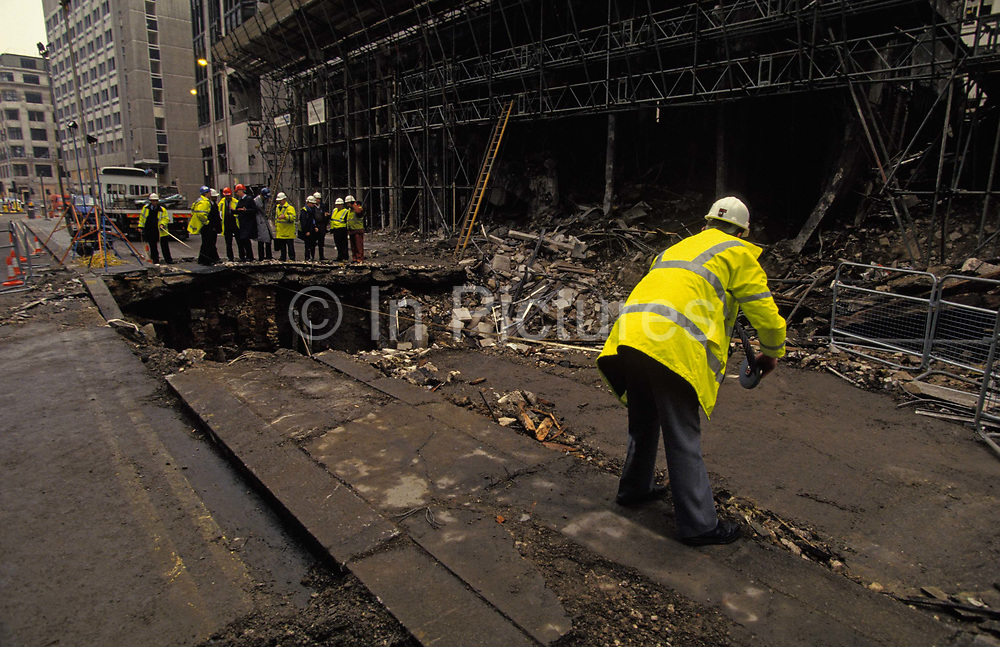