Damien Hirst's sculpture artwork entitled Hymn, on display outside Tate Modern on London's southbank. Hymn (1999), is a scaled-up replica of his son Connor's toy: a basic anatomical model of the male human body. The sculpture is 20 ft (6.1 m) tall and composed of painted bronze. Damien Hirst (b 1965) is an English artist, entrepreneur and art collector. He is the most prominent member of the group known as the Young British Artists (or YBAs), who dominated the art scene in Britain during the 1990s. He is internationally renowned,[4] and is reportedly Britain's richest living artist, with his wealth valued at £215m in the 2010 Sunday Times Rich List. 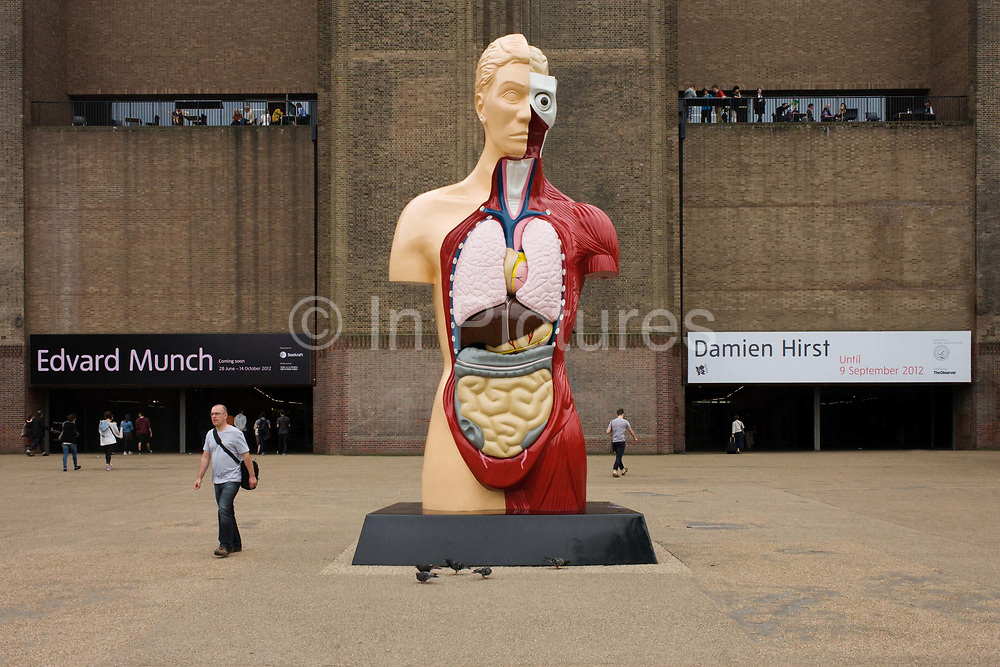