A formal portrait of English journalist David Thomas, after his appointment as the new editor of Punch Magazine, in February 1989, London England. Thomas was Young Journalist of the Year at the age of 24, became a magazine editor at 25 and was the youngest editor in the 150-year history of Punch magazine at 29. Since 1992 he has worked as a freelance author and journalist. He now writes fiction under his own name and as Tom Cain and, as of February 2015, David Churchill. 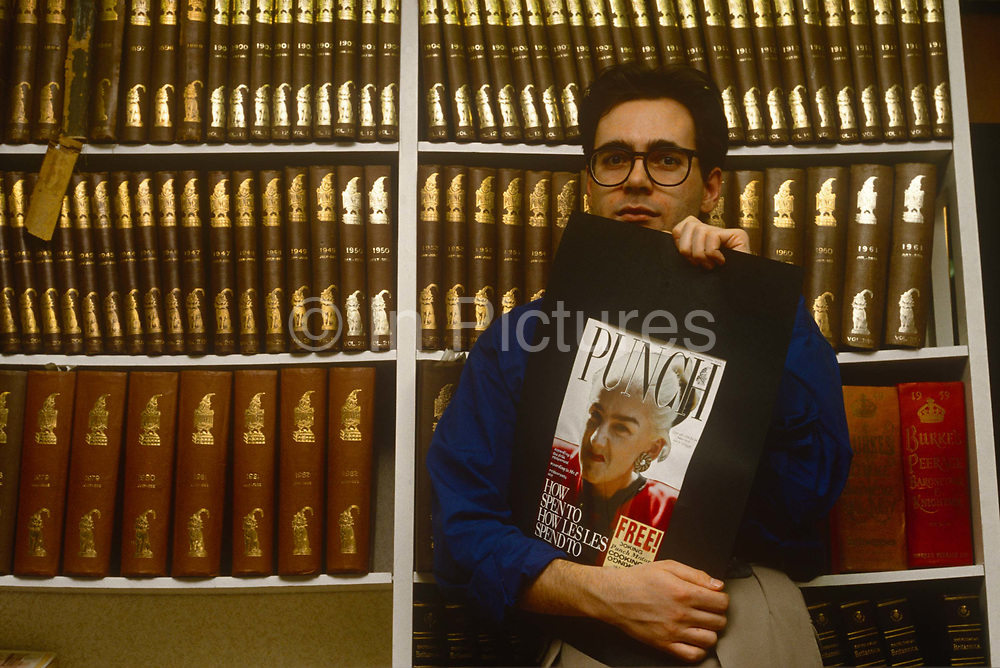