As a young man looks on, a young girl poses with a Scottish piper in Gretna Green where Britain's wedding couples converge for a quickie marriage. Gretna Green is one of the world's most popular wedding destinations; hosting over 5000 weddings each year or one of every six Scottish weddings. Gretna's famous runaway marriages began in 1753 when an Act of Parliament, Lord Hardwicke's Marriage Act, was passed in England, which stated that if both parties to a marriage were not at least 21 years old, then consent to the marriage had to be given by the parents. This Act did not apply in Scotland, where it was possible for boys to get married at 14 and girls at 12 years old with or without parental consent. 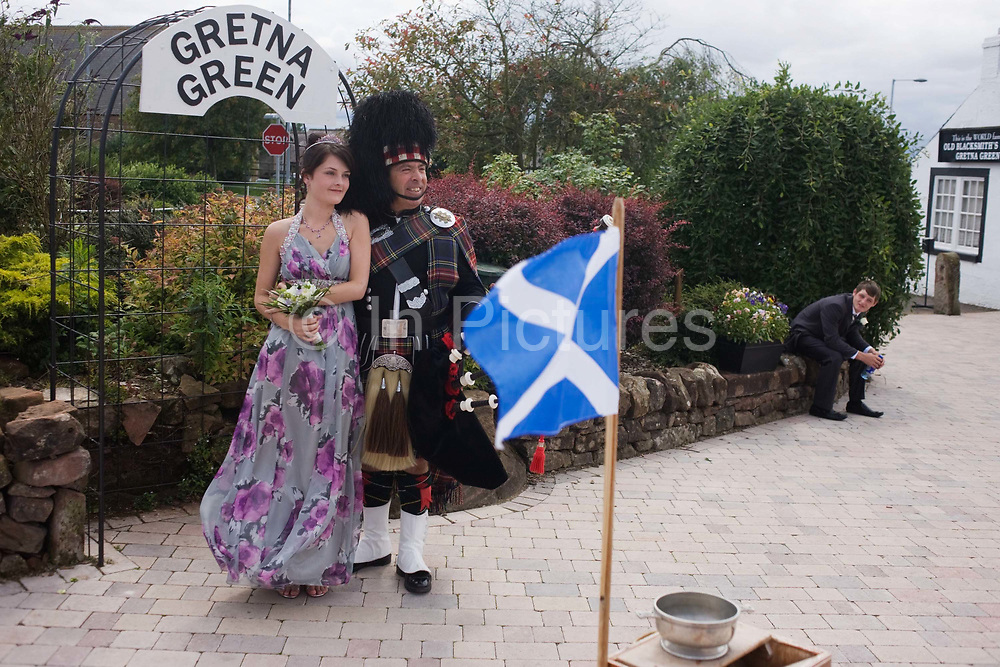