The upright remains of a Pennygowan Cemetery (Caol Fhaoileann), Salen Isle of Mull, Scotland. Within the chapel, erected on a modern base, is the lower part of a cross-shaft 1.33m high above ground. On the front there has been a Crucifix; below this a large plant scroll terminates in a griffin. At the foot is a galley with sail set. This cross dates to between 1500 and 1560 and the ruined chapel is probably of early 13th century date. No medieval references to it have been identified, and its dedication is unknown though it is referred to both as a 'Chappell' and as a 'paroach'. The building may already have been derelict at this period, although the earliest evidence of its condition dates from 1787 when it was shown as 'an old kirk' on a map of Torosay parish. 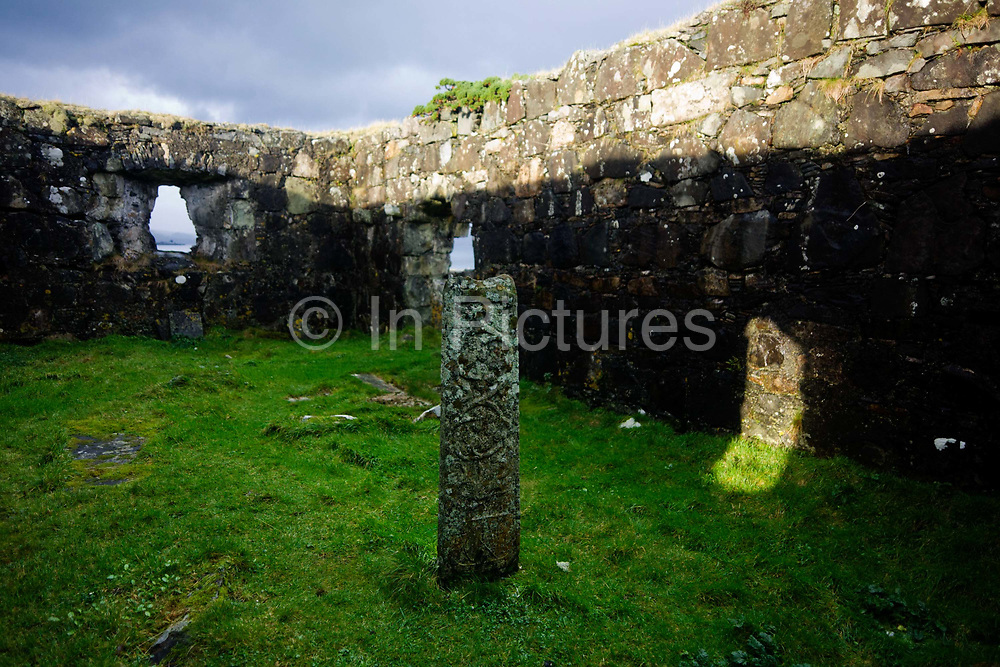