Amid post-War inner-city concrete, an elderly man struggles up a slope in Birmingham’s infamous Bull Ring, a development of open-air market stalls, offices and a new indoor shopping centre, the first indoor city-centre shopping centre in the UK. It symbolised everything horrid about architecture in a modern Britain. The words ‘Unspoilt by progress’ seems to be a statement of extreme falsehood, a lie for those using this grim feature of modernism. The market began in medieval 1154 but it was its 1964 regeneration that gave it a reputation of an oppressive urban monstrosity though it was considered the height of modernity. But higher rents meant traders turned away and the public shunned subways and escalators which stopped working regularly. Much disliked by the public it contributed to the popular conception that Birmingham was a ‘concrete jungle’. 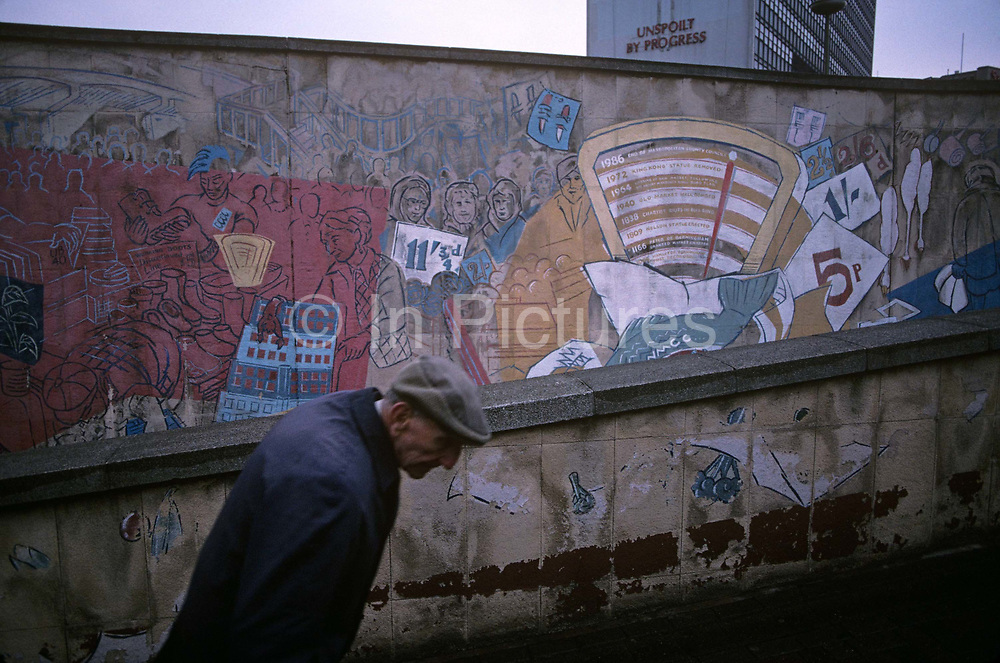