Days after the September 11th 2001 attacks in New York and Washington DC, the US government had identified Osama Bin Laden as the head culprit of the terrorist action on America. Here, a businessman wearing a smart dark suit and polished loafers bends down to buy the latest copy of the New York Daily News from an African American vendor near Wall Street in the heart of New York’s financial district. Bin Laden’s demonic face is spread across the front page and the words “Wanted: Dead or Alive” tells Americans that their al-Qaeda evil-doer will be caught eventually, like a baddie rounded up by the Sheriff by the last scene of a Hollywood western. 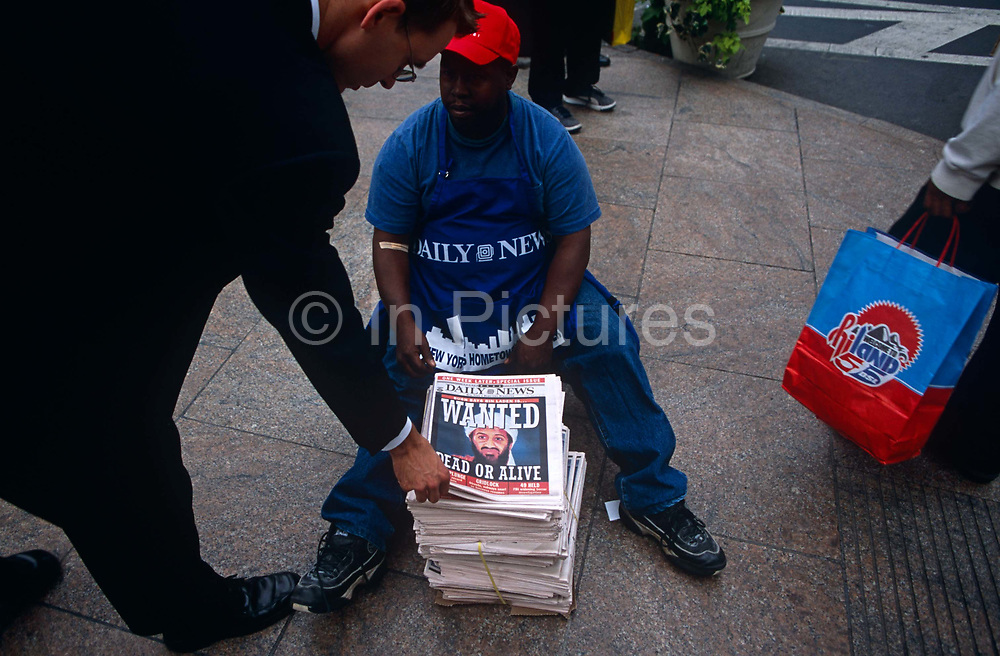