The artist Rachel Whiteread CBE (born 1963) sits on the steps of her best-known sculpture called 'House'. 'House' stands alone on a now-empty and house-less East London street. Oddly, the contours of the structure have been inverted to reveal an inside-out version of the original building. It is a concrete cast of the inside of an entire Victorian terraced house completed in autumn 1993 and exhibited at the location of the original property — 193 Grove Road — in East London (all the houses in the street had earlier been knocked down by the council). It won Whiteread the Turner Prize (the first woman to do so) for best young British artist in 1993. Here we see 'House' at a close distance with graffiti painted on the walls stating the words "Wot for ..why not!" before it was controversially demolished by the council in January 1994. 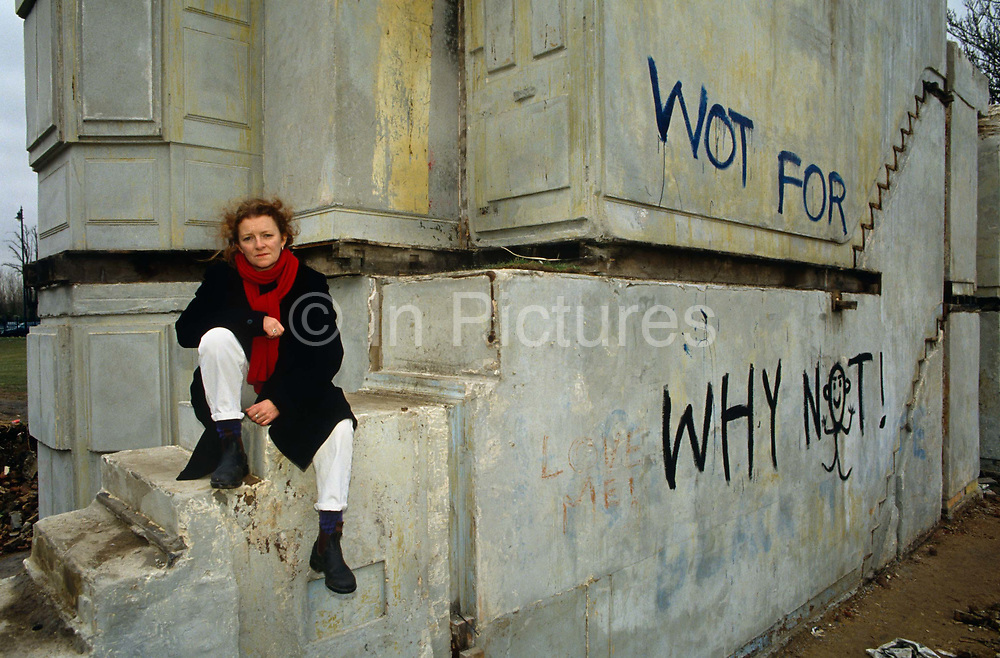