Fans of the fantasy game Portal 2 attending the London Film and Comic Con LFCC is a convention held annually in London that focuses on films, cult television and comics. The convention holds a large dealers hall selling movie, comic and science fiction related memorabiliaand original film props, along with free guest talks, professional photoshoots, autograph sessions, displays. Many of the visitors / attendeesarrive dressed up as their favourite comic and sci-fi characters in the most outlandish costumes which draws from the award-winning formula of innovative gameplay.
The characters are performing game roles from Aperture Science was founded in 1953 by Cave Johnson for the sole purpose of making shower curtains for the U.S. military. However, after becoming mentally unstable from mercury poisoning in 1978, Johnson created a "three tier" research and development plan to make his organization successful. 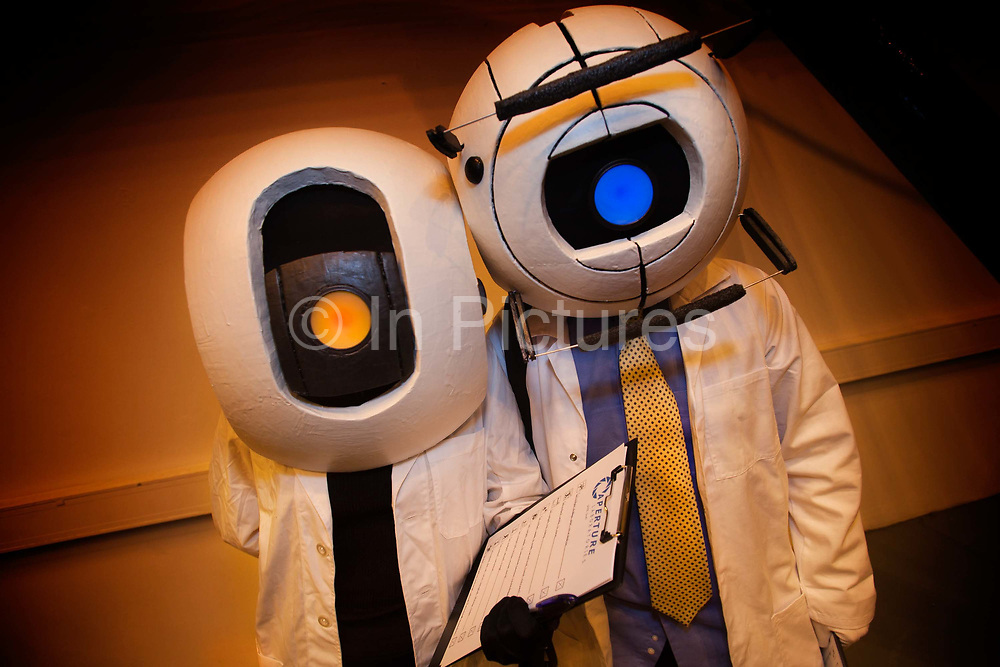