Liu Tong, 5 is pictured on the banks of the River Li, near Fulli Town Village, Guangxi province, where he lives with his grandmother, Wang Li Hua, 82, left, and his mother, Zhao Juan, 35. His grandmother still works on the family farm and his mother works in the tourist industry.The day we took this picture was the first day his grand mother had been on a boat and Tong's first ever day in the town of Yangshuo across the river from where they live. ..Its over thirty years (1978) since the Mao's Chinese government brought in the One Child Policy in a bid to control the world's biggest, growing population. It has been successful, in controlling growth, but has led to other problems. E.G. a gender in-balance with a projected 30 million to many boys babies; Labour shortages and a lack of care for the elderly. 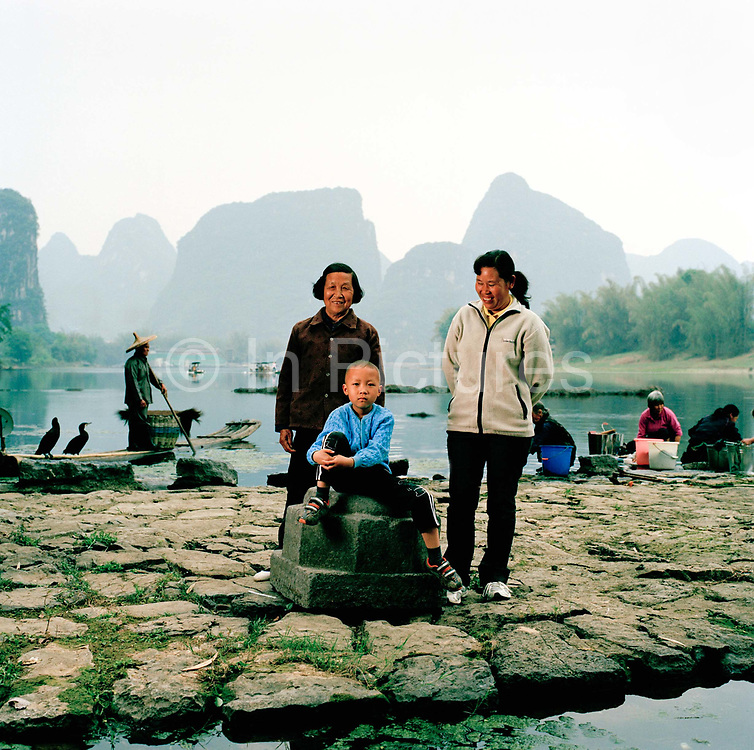