The words Inspire a Generation for the main Olympic slogan on a sign in the Olympic Park during the London 2012 Olympics. Stretched across a bridge near the Riverbank Arena where the Hockey games are played, the British Olympic organisation (LOCOG) hope that as the tally for gold medals climbed, British youth will be inspired enough to take up sport when declining spending and interest has been a national issue. In times of austerity, schools and sports clubs had their budgets for sport reduced and Team GB's success raised more concerns for the future of British youth as potential medal winners. 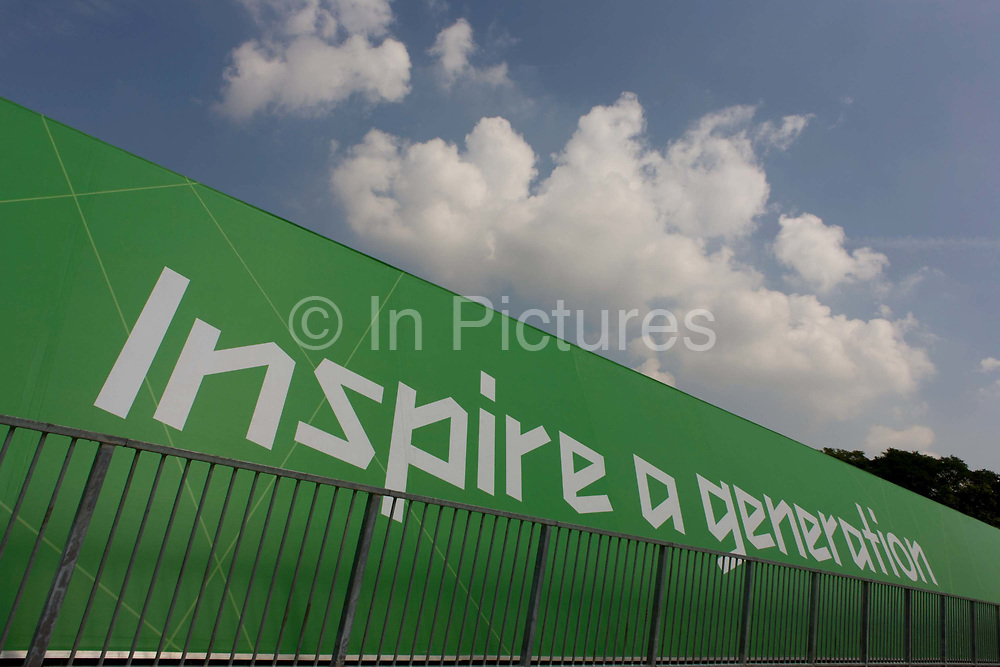