Soho celebrates the Queen's Diamnond Jubilee weeks before the Olympics come to London. A topless man dances with a girl whose legs are wrapped around his waste, his broad chest and muscled upper-body to the crowds below who are dancing to the loud music pumped out through open windows on this summer's afternoon in the heart of Soho. The DJ is being filmed by a cameraman and union jack flags are strung up along the sill. The UK gears enjoys a weekend and summer of patriotic fervour as their monarch celebrates 60 years on the throne. Across Britain, flags and Union Jack bunting adorn towns and villages. 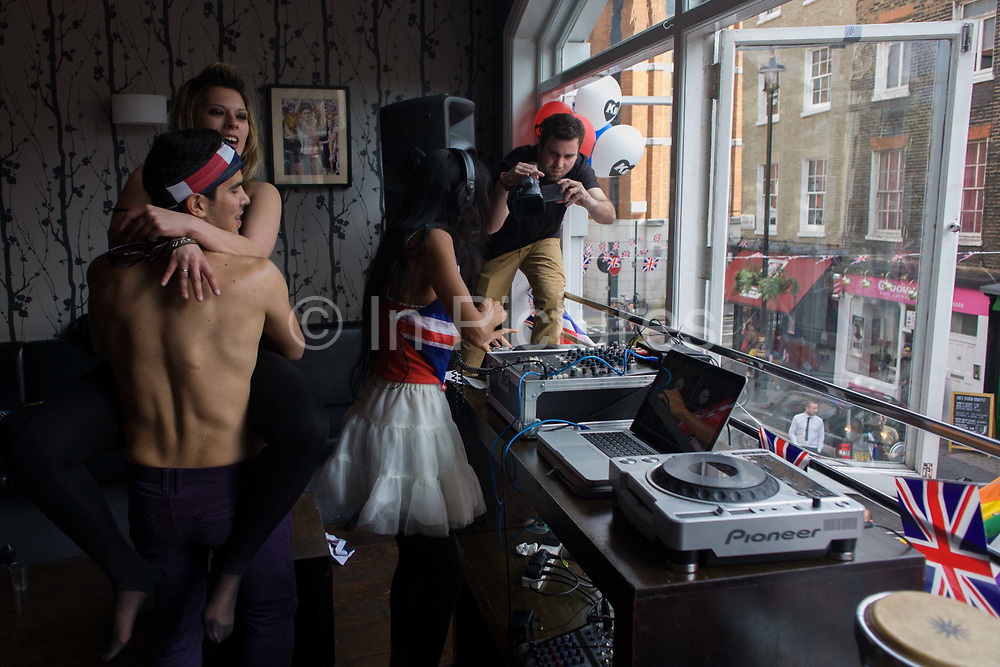