Nobleman Nahar Singhji, also known as Rao Saheb, stands in discussion with his wife Rani Saheb in the Sheesh Mahal suite of Deogarh Mahal (Fort -Palace) a 340 year old, she is the chief decorator of this architectural jewel, now converted into a heritage hotel after the family had no way of maintaining it's upkeep. His family belonged to the Umroa’s of Udaipur. “Lords” of the State of Mewar, paying allegiance to the Maharana of Udaipur. Eight generations of his family have lived in the Deogarh fort after which in 1996 it was converted into a hotel, Udaipur, Rajasthan, India 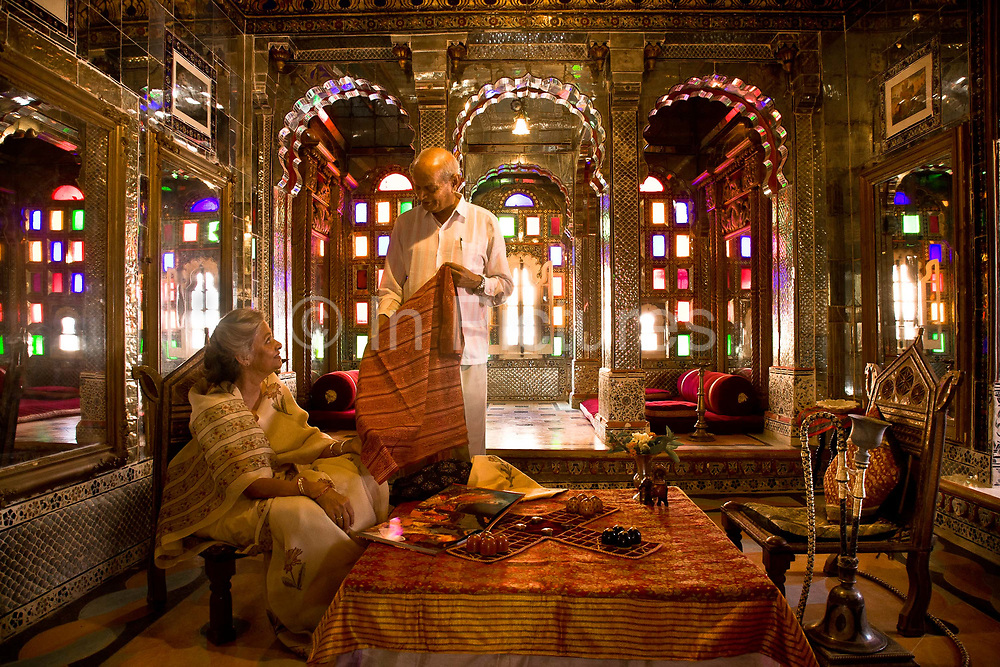