Christel Dee as Robin from Teen Titans attending the London Film and Comic Con LFCC is a convention held annually in London that focuses on films, cult television and comics. The convention holds a large dealers hall selling movie, comic and science fiction related memorabiliaand original film props, along with free guest talks, professional photoshoots, autograph sessions, displays. Many of the visitors / attendeesarrive dressed up as their favourite comic and sci-fi characters in the most outlandish costumes which draws from the award-winning formula of innovative gameplay.
Teen Titans is based on the DC Comics superhero team, and revolves around main team members Robin (the leader), Raven, Starfire, Beast Boy, and Cyborg. While it is an action cartoon, the series is also character-driven, with a focus on the main characters’ struggles with being teenage superheroes, their mutual friendships, and their limitations 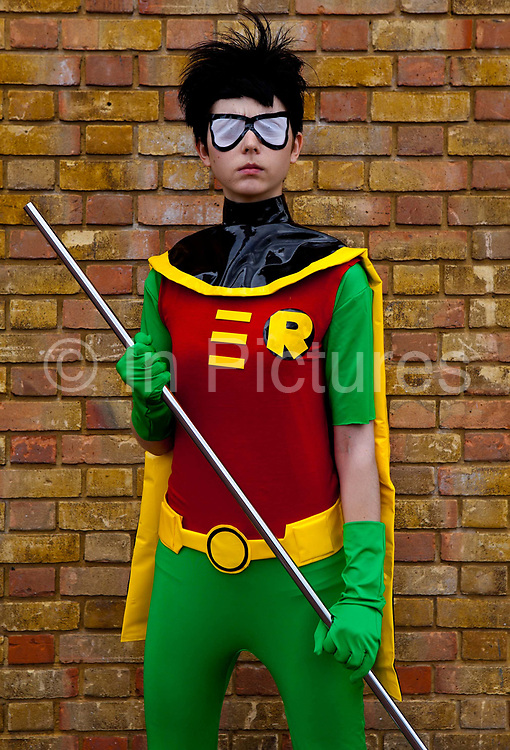