Shops along the Stratford Road in Sparkhill, an inner-city area of Birmingham situated between Springfield, Hall Green and Sparkbrook on 25th November 2021 in Birmingham, United Kingdom. The Sparkhill has become heavily influenced by migrants who settled here over many decades. It has a large population of ethnic minorities, mainly of South Asian origin, which is reflected by the number of Asian eateries in the area. As a result, Sparkhill has become a main centre in the Balti Triangle of Birmingham. 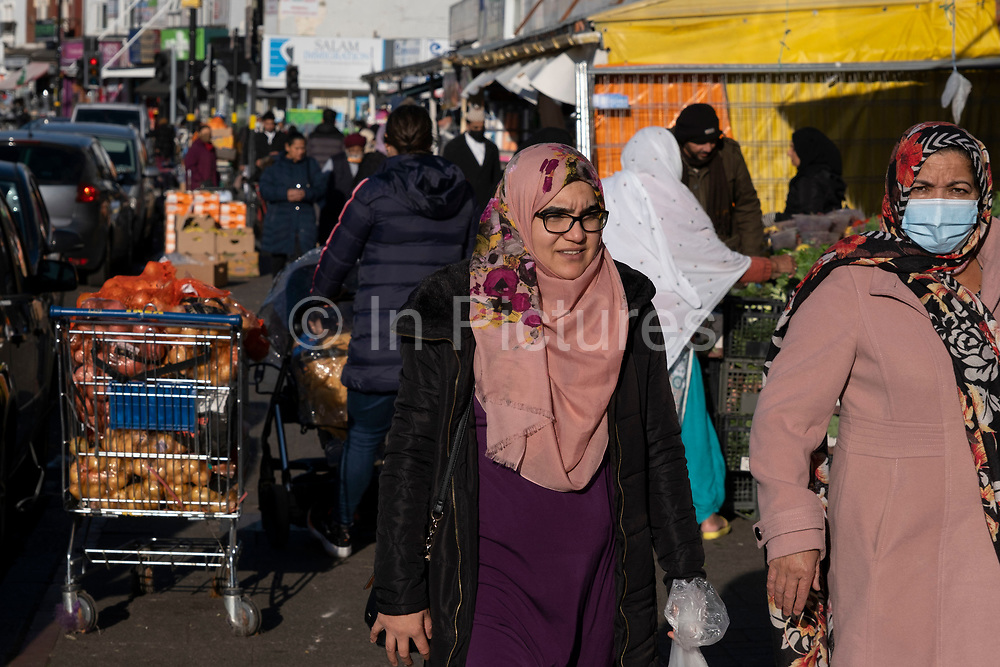